Sports sponsorships are one of the most lucrative and attractive ways for brands to gain eyeballs and mass recognition, and thus it is no surprise that deals in the biggest tournaments are quite expensive as a result. The Boston Celtics are one of the NBA’s most successful and storied franchises, having won a record 17 Championships, including eight in a row between 1959 and 1966. Even though their last title came in 2008, a sponsorship deal with them would necessarily be one of the biggest in the NBA’s history, and so it has proved. It was recently announced that ecommerce firm Vistaprint will be the new jersey patch sponsor for the Celtics, replacing General Electric, from the 2020/21 season onwards.
The value of the deal was not made public, but the Celtics’ previous three-year deal with General Electric was worth $7 million per year, and Vistaprint have said that this deal is the largest sports sponsorship in the company’s history, so we can assume that it would be around or higher than that value. This is not Vistaprint’s first foray into sports or related sectors - the company also sponsors esports teams. In fact, this deal with the Celtics will also give the company access to the CLTX NBA 2K league team. That actually may come in handy with regard to this deal as well, given how popular the NBA 2K basketball game series is among esports fans and basketball fans as well. This came to the fore during lockdown especially, when there were no live sports for fans to watch, and many turned to NBA 2K to get their fill of sporting action. The NBA is also one of the few sports tournaments which hosts an annual esports competition, based on the new 2K game every year, and this year’s event got a lot more attention as a result. The new NBA season is set to begin in December, and with it will come another season of the NBA 2K virtual tournament as well.
Vistaprint’s deal with the Celtics makes them the exclusive marketing and design partner for the team, while it also gives them assets across the Maine Red Claws franchise in NBA G League, along with the aforementioned esports outfit, where they will be providing jersey patches for those two teams as well. The deal also includes support for local small businesses through integrations across social media, fan engagement, and digital and physical team promotional activities. The company will also work with the franchise and its foundation, the Boston Celtics Shamrock Foundation, to support the Boston Celtics United for Social Justice Initiative, which is working towards empowering minority communities and building economic opportunities in the city of Boston, among other causes. The Celtics have long been a pioneer for social causes and equality in the NBA, notably being the first team to have an African American coach, as well as the first to put out an all black starting team.
The value of this deal can be seen from the fact that a study conducted in February by the Sports Business Journal, through YouGov, determined that the Celtics and GE’s deal was in the top ten in the country as well as regional rankings for jersey patch recognition. Overall, the jersey patch has generated over $150 million for NBA teams in additional revenue since it was first introduced in 2017, while it is estimated that kits and inventory are worth 30% more as a result as well. It remains to be seen if this deal can be as beneficial and recognisable for Vistaprint as it was for GE, but in partnering with the Celtics, they have chosen an iconic NBA franchise, and there is bound to be brand value recognition that comes their way as a result. 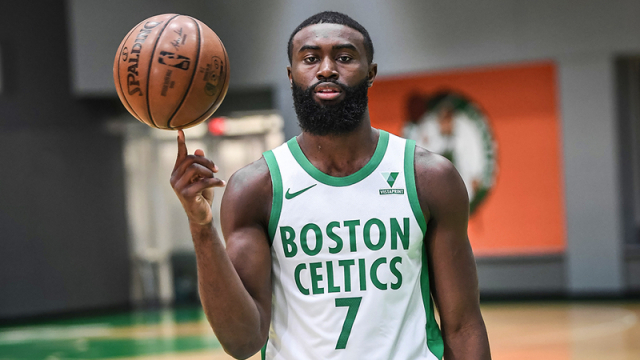