Trade Rumors: Russell Westbrook and Chris Paul could be on the move again 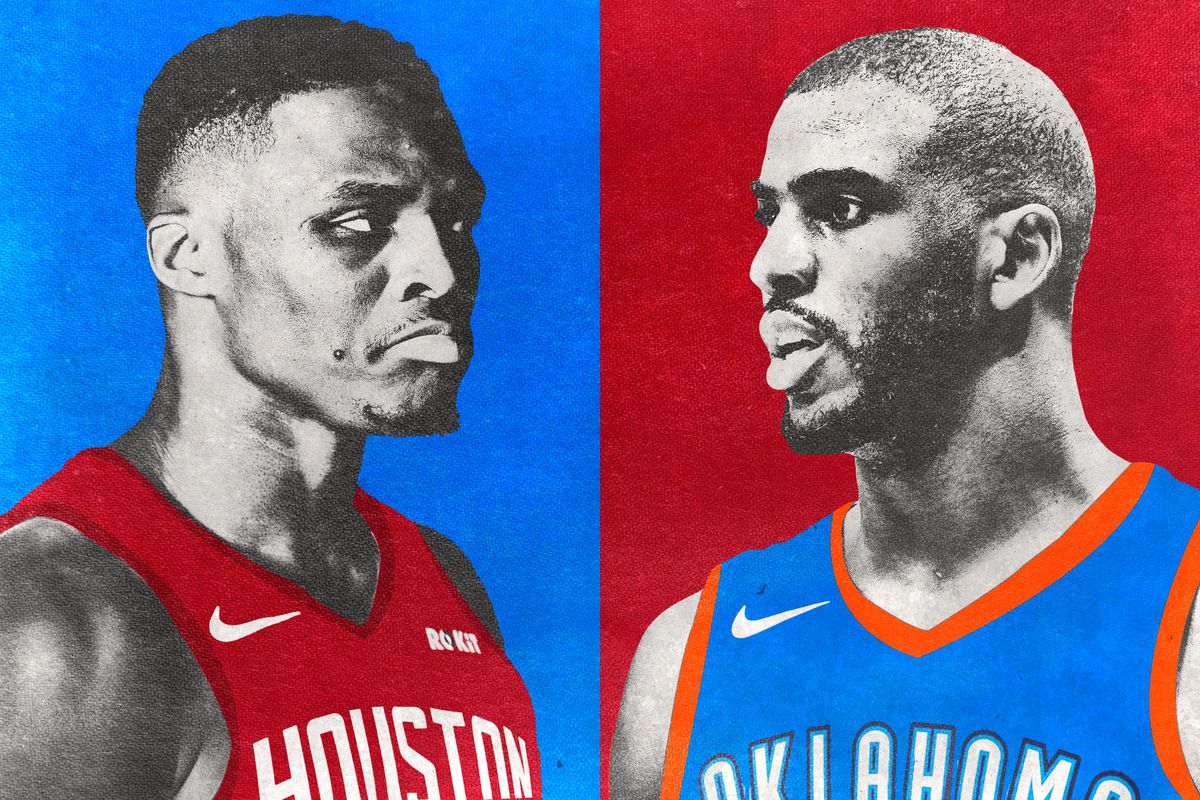 It was not much more than a year ago when the Thunder bid adieu to their franchise player and traded Russell Westbrook to the Houston Rockets for Chris Paul and first rounders. This worked out well for Sam Presti and the Thunder as CP3 had a solid bounce back year and now they can reroute him to a new team, so Oklahoma City can go full rebuild. Reports came out yesterday that the Phoenix Suns and Oklahoma City were talking a Chris Paul trade. We didn't post or tweet about it out of respect for Tommy Heinsohn as were dedicating a full 24 hours to just his posts. Today we have a Shams Bomb that Russell Westbrook wants out of Houston.
The Suns interest in Paul makes sense since they have a star in Devin Booker who has expressed some desire to leave Phoenix. He has lost a lotover the past 5 seasons. On paper a Paul acquisition would placate Booker and Phoenix could build on their 8-0 record in the Bubble this past July.
Of course Paul seems to get hurt every other season (at least) so this could end up an expensive backfire for the Suns. It's a no-brainer for the Thunder who really should have re-routed Paul to another team a year ago and started their rebuild and likely would have had a much better lottery pick next Wednesday. You know because the NBA rewards losing, which we've complained about for years.
A similar situation occurred with the Celtics when they traded Rajon Rondo and and Jeff Green. But instead of bottoming out and being "rewarded" with a better lottery pick, Ainge traded for Isiah Thomas and the Celtics finished the season strong. A couple more losses and Boston could have drafted Devin Booker or Myles Turner instead of Terry Rozier. At least Rozier turned out pretty solid and of course we got a few fun years of IT4 in green before his hip gave way.
Thomas also could have ended up a long term piece for Boston. Paul makes no sense in OKC. Well I suppose he could have helped with the maturation of SGA and Schroeder. I'm skeptical of the whole "Chris Paul is a great leader" idea.


"Russell Westbrook has informed team officials that he has been uneasy about the team's accountability and culture, and has a desire to return to his prior, floor-general role in Oklahoma City."

While the Rockets have changed coaches and GM's this offseason, the Westbrook news is definitely more surprising. I need to research further this rumor that he wants to return to OKC. Also Sam Presti isn't trading back for him, so he can want it all he likes. Curious to see which teams put out feelers on Westbrook? He's still an All-Star player.
The Lakers and Clippers are also both reportedly interested in Chris Paul and there was a report that Kawhi Leonard has reached out to Paul.
Will update this post later tonight with more reports.