Danny Ainge: “It’s not a great draft, but it’s a deep draft” 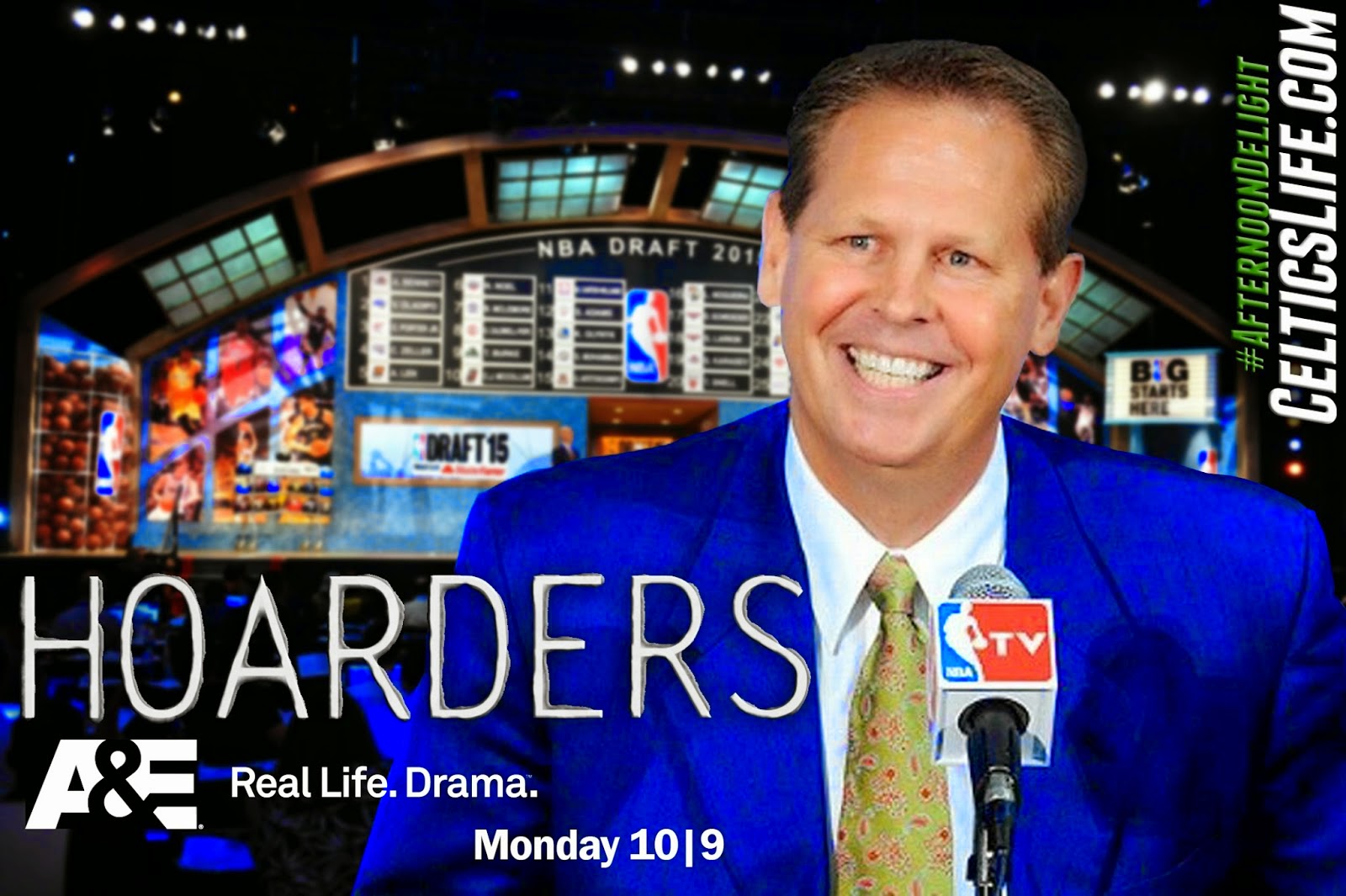 A week from now the Celtics will have already made their picks in the 2020 NBA Draft and you will have switched from being pissed at Ainge for passing on a player who fell into his lap to drinking the green kool-aid and being overly excited about the Celtics rookies. At least that's the way it typically goes.
Fans tend to say before every draft that the team needs to trade the picks for a veteran. It's a GM's role to see the big picture. In 2014, I'm sure the Celtics could have traded their pick for a veteran. Instead they drafted Marcus Smart. Fans also pleaded with Ainge to trade the Nets picks. Instead we now have Jaylen Brown and Jayson Tatum.

Danny Ainge: "Draft day is going to be crazy."

Ainge did trade one of the Nets picks for a veteran. That player later walked two years later and the Celtics got nothing. Two players that were available with that Nets pick would have been ShaiGilgeous-Alexander and Michael Porter Jr. The former will be an All-Star sooner rather than later and the latter should as well if he can maintain his heath.
The Celtics financially also can't simply trade a pick or two for any quality veteran. They are way over the cap. But Ainge agrees that “It’s not ideal if we add four rookies to the team that we currently have."
It would be much more ideal to add one really talented rookie than 3 or 4 more end of the bench players. The problem is that finding a GM willing to pass on the quality of a top 7 pick or thereabouts for the quantity of picks 14, 26, and 30 is easier said than done. Ideally you find a GM who falls in love with a player, but fears that he will get killed for "reaching" for the object of their affection at #6 or #7. Mocks have their player going mid to late teens. That GM can then take the risk to trade down to #14 with the additional haul of picks 26 and 30, but that's a lot of ifs.
Maybe Ainge sets up some contingency trades. He can tell a GM that if your player falls to #14, call us then and we can talk. Problem there is that the other team will need to have taken the player Ainge wanted. And Ainge isn't going to want to let a team know his draft board.

Danny says “It’s not a great draft, but it’s a deep draft.” Well if that's the case then having picks 14, 26, and 30 should be rather ideal. Who cares if there is a LeBron, Durant, Anthony Davis, or Zion atop the draft unless you have the #1 overall choice. In fact who cares how good the top 10 players are. What matters is how good players after that are. How does the #14 pick compare to previous picks in that range?

If Ainge can trade up and draft a future star, hats off to him. I still think the most likely best outcome for Danny is to punt a pick for a future first That way he can maintain the asset(s) and it helps the team a bit financially now in their crunch. Also the future pick could end up being much higher if an injury or two hits your trading partner.
Ainge gets criticized for hoarding picks, but they are a tremendous asset to have. If a team like the Pacers makes Myles Turner available, you want to have those picks at your arsenal to get your guy. Danny wasn't necessarily wrong to trade one of the Nets picks. He just traded for the wrong superstar. He thought he was busting a Rockets and trading for a Harden. Instead... well you know the rest.
But if we take Danny at face value (and it is the season of obfuscation so we wouldn’t blame him from exaggerating the depth) then this is a deep draft and the Celtics should be able to add a couple very good players next Wednesday. And while the idea of a veteran to this past season’s squad seems like a great idea, the simpler path might just be drafting your Tyler Herro or Michael Porter Jr. Nothing beats very young talent getting paid rookie scale contracts who can only get better. Veteran types like Amir Johnson, Rasheed Wallace, Jermaine o'Neal, or Shaq tend to quickly decline and age out of the league.