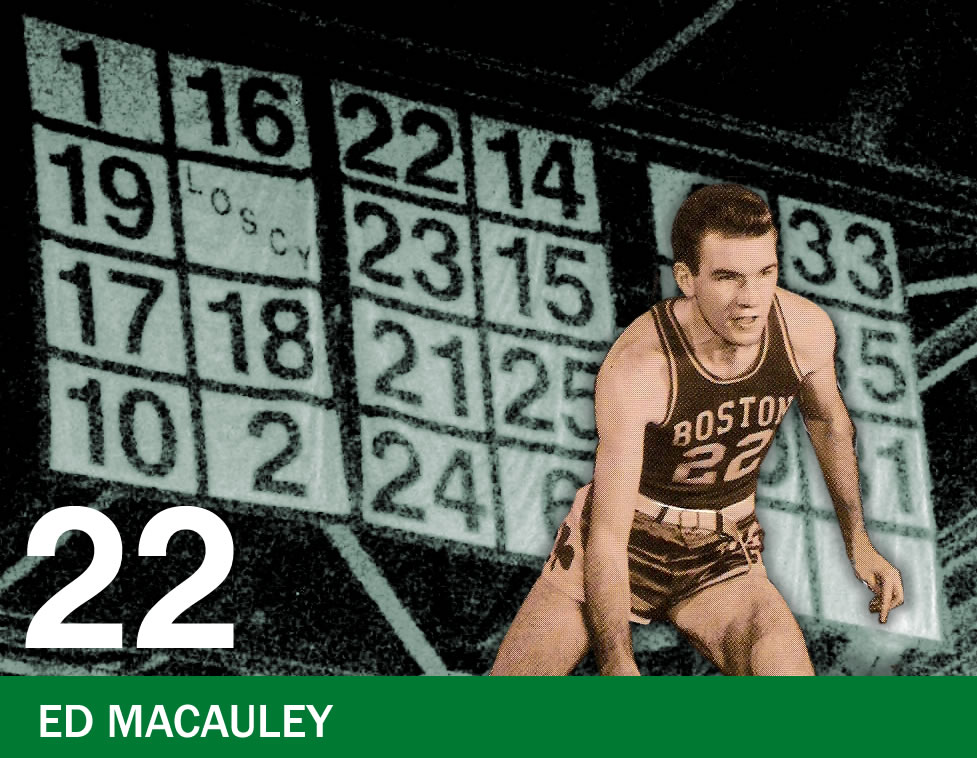 Exactly seven decades ago, no fewer than four key figures in Boston Celtic legend made their regular-season debuts. Three of them would ultimately earn a spot in the Garden’s rafters, and all four honored with induction to the Naismith Hall of Fame. Befitting the times, the game happened in an Indiana High School gym about halfway between Chicago and Cleveland (neither of which were NBA towns at that point). 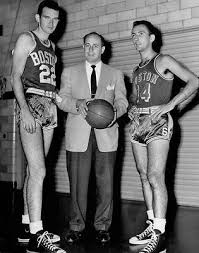 Walter Brown was beginning his first season of “personal” ownership of the team – the Garden Corp. had pulled out, and Lou Pieri of Providence had come in as a partner. Pieri’s one condition was that Brown fill his coaching vacancy with Red Auerbach. [Red had just parted ways with Tri-Cities Blackhawk owner Ben Kerner; old-school Hawk fans suspect the NBA facilitated Auerbach’s move.]
As the Celtics were preparing for their fifth season, franchises in St. Louis (Bombers) and Chicago (Stags) were dissolving … from whom Auerbach would receive, respectively, second-year center Ed Macauley [No. 22] and some local yokel rookie named Cousy [No. 14].
Another Celtic rookie playing his initial NBA game that long ago Wednesday in Fort Wayne, Indiana was Chuck Cooper of Duquesne, who’d been very colorfully drafted into the league that spring by Mr. Brown, becoming its first African-American ballplayer. 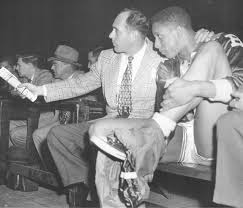 In what was definitively NOT to become an omen, Bob Cousy was credited with no assists … but was the team’s leading rebounder. The battle-tested Pistons, who’d fought off the tough Rochester Royals before falling to eventual champion Minneapolis in the 1950 Playoffs, showed their mettle in the contest’s second half outscoring Red’s men 60-37, placing six guys in double-figures. 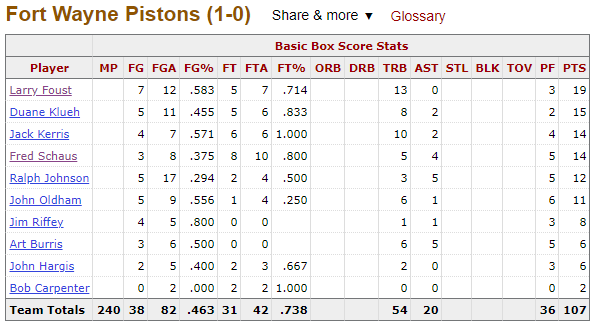 Despite the opening night defeat, Red’s original squad would increase their win total by 17 games and finish above .500 for the first time in franchise history.
Abacus Revelation for the Road Four months later, at the urging of Walter Brown and in an effort to promote a league (and sport) struggling for wide-spread acceptance, the NBA’s very first All-Star Game was staged at the old Boston Garden. Macauley’s 20-point effort earned MVP honors in the East’s 111-89 victory, while Cousy posted a near-triple double stat-line of 8-9-8 despite shooting a miserable 2-for-12 from the field.
Likewise, two of those Opening-Night Pistons participated … rookie center Larry Foust saw limited play in the first of his eight appearances, while teammate Fred Schaus made the only appearance of his five-year playing career.
A decade later, at the age of 35, Schaus would become the first coach of the “Los Angeles” Lakers … and soon infamous for losing to Auerbach four times in the NBA Finals.