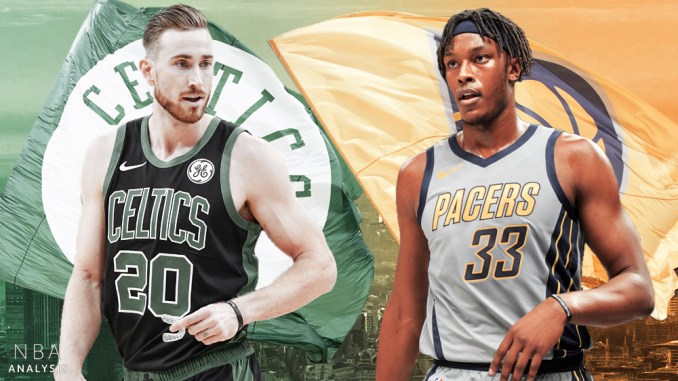 The Myles Turner for Gordon Hayward trade has been one of the internet's top desires for months now. And now today on November 12th, 2020 we have our first concrete rumor!

The #Celtics and #Pacers have discussed the framework of a Myles Turner for Gordon Hayward swap. Other pieces would be included. Something to keep a close eye on.

More details on the #Celtics and #Pacers discussions for Myles Turner. Gordon Hayward and No. 14 pick is the likely offer. Both sides seem intrigued by the deal.

I'm not familiar with Evan Massey, but he is blue check mark verified for what that's worth, so he knows some of the right people. He also writes on his Twitter profile that he's been featured on ESPN, Yahoo!, Fox Sports, SI, and B/R, so that's good. I mean so have we many a times (Where's our blue check mark Jack Twitter?!). Anyway my point is we have no reason to believe his report isn't credible. While he isn't Shams or Woj, this is how a fire sometimes starts. Just the smallest bit of smoke.
Doing our due diligence it should be noted that the above picture of Turner and Hayward was created some time ago by "NBA Analysis" which Massey owns, so it kind of benefits him for this trade idea to become a rumor. It does look like he has at least one source in Indiana, so again we'll assume he has a contact with the Pacers and that's where he is getting his intel. 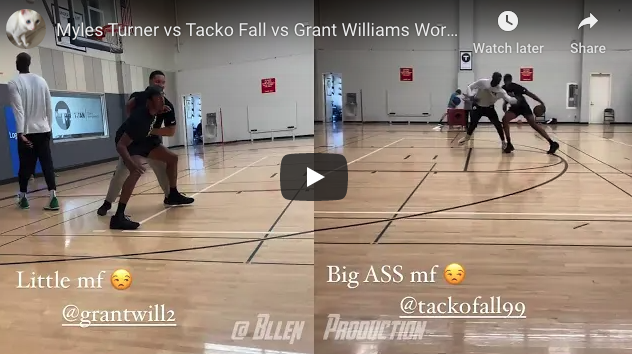 The Indiana Pacers have had reported interest in Hayward, but previously were adamant they weren't trading Turner. Cap wise, the Celtics would need to be taking back some additional contracts to make this deal work.
Honestly if Danny Ainge is as amazing as many Celtics fans think he is, in a year with no conference or NCAA tournaments, he should be able to draft someone very good at #14. The GM cream should rise to the top in this more mysterious draft. Personally I'm not very confident in Ainge's drafting abilities, especially out of the top 6. So yeah I'd toss in #14 with Hayward for Turner. Assuming of course the additional contracts coming back to the Celtics to make things work cap wise aren't some horrible long term money. And this is coming from a big fan of Hayward and thinks he's pretty criminally underrated by Celtics fans.
Maybe it's because I'm scared he'll just bust an Al Horford and walk and Boston will get nothing in return. But Turner has intrigued me ever since he was top high school prospect, so get er done Trader Danny!


Which team would "win" the trade if the Celtics sent Gordon Hayward to the Pacers for Myles Turner? @ChrisForsberg_ thinks it's Indy for a few reasons.


Would you trade Gordon Hayward and #14 for Myles Turner?
Related:

Forsberg on the 3 reasons why Gordon Hayward might opt out https://t.co/b22poBhaGJ pic.twitter.com/OTF7Poe2LN

Zach Lowe says "buzz" is telling him "I don’t think it’s a lock that Gordon Hayward is on the Celtics next year” https://t.co/nBzPSVX8Ef pic.twitter.com/AGAnOa1maS