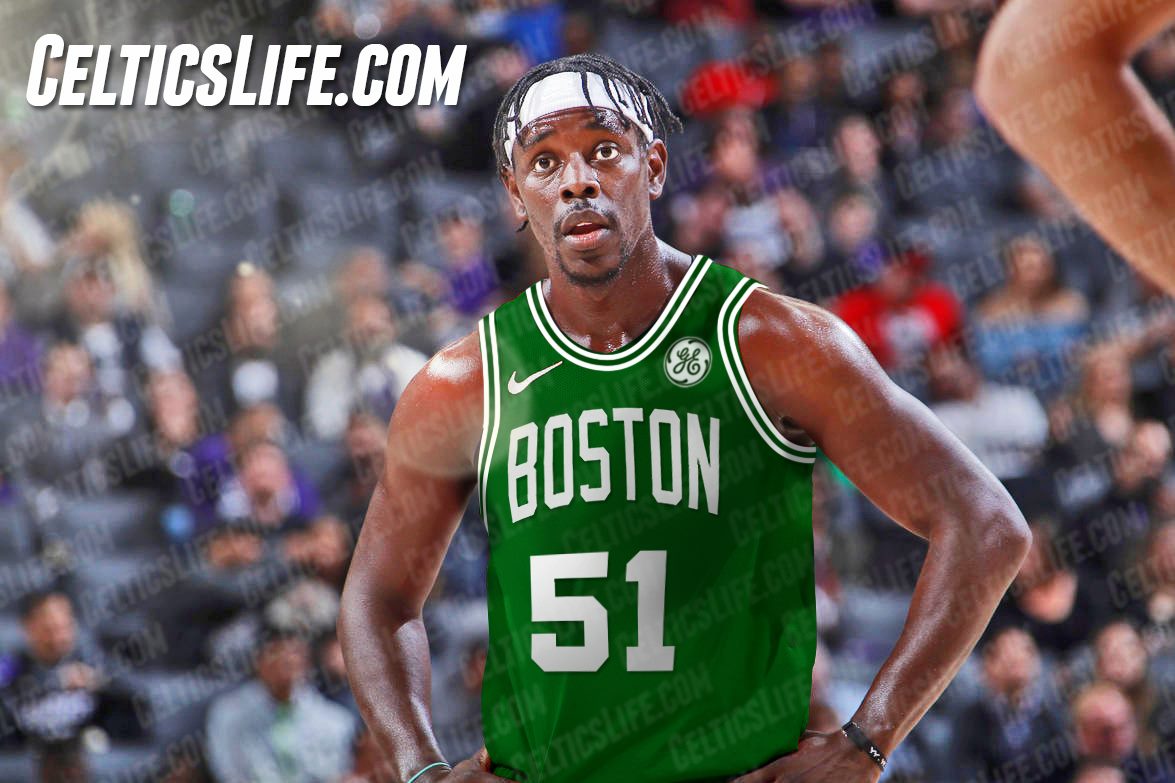 Man these next few weeks are going to be crazy. The draft is in 6 days and then 2 weeks after that training camps open. This means that the craziness that is the NBA offseason will be condensed and thus even crazier. Earlier today we wrote on the rumor that the Celtics and Pacers have discussed a Gordon Hayward for Myles Turner trade, but the other big Celtics rumor was in the Ringer's updated mock draft where Kevin O’Connor tells us that Danny Ainge's end game in trying to trade up isn't to add another cornerstone young piece, but to acquire the New Orleans Pelicans' Jrue Holiday.


The Celtics have offered up their three first-round picks (nos. 14, 26, and 30) in trades to try and move into the lottery, but multiple league sources say they intend to reroute that pick to the Pelicans in exchange for Jrue Holiday. If Boston is able to acquire the necessary assets, it’d still need to add salaries to make a deal work. Could that mean Gordon Hayward or Kemba Walker could be on the move? No matter the case, the Celtics are up to something big to try and bolster their title odds.

My brain is spinning. Obviously would love Holiday in Boston, but the price is key. Also there are only so many big money players a team can afford. If you're paying both Jaylen and Jayson top dollar, and then you're adding Jrue Holiday's substantial contract, there are a couple odd men out. Likely Hayward, but maybe Kemba. Also Marcus Smart could be on the way out. And all of a sudden a Jrue Holiday trade seems less appealing. Not trying to underrate Holiday. He's a fantastic player who not only can score for you and play make, but was on the all-defensive team rather recently so you'd be getting a stud.
Personally if Ainge could actually somehow turn 14, 26 and 30 into the 6th overall pick, I'd prefer if he simply took the best overall player there. We're talking a player who would be 10 years younger than Holiday and would cost a fraction of the amount. Then you wouldn't have to worry as much about not being able to afford Marcus Smart when he's up for a new contract. B
Also remember the Celtics could have Shai Gilgeous-Alexander if Ainge had been more patient and didn't trade that last Nets pick. With all that said, one of our followers Brian proposed a pretty solid trade that combines both the Myles Turner rumor and Holiday report into one big 3-way trade:

I like it. A lot actually. Obviously also dependent on how low Pacers are on Oladipo and how high Pelicans are on him.

Theis doesn't work as a starter for IND, but they could go w/ Warren & GH next to Sabonis in the front court. https://t.co/XGRoM2jzPt

And here is the deal in visual form via Andrew Pezzelli:

So if you really want to get your brain twisted, imagine the Celtics adding both Myles and Jrue. My guess is that the young Pelicans would prefer the $6 overall pick over Oladipo. Theis also wouldn't work as a starter for Indiana next to Domantas Sabonis. Pacers could go small like everyone else and start TJ Warren and Gordon Hayward in the front court next to Arvydas' son. Then you'd have Theis as your big off the bench.
The last (at least I think) tangent I'll go on is I actually think adding Holiday and instead of swapping out Hayward you move Kemba, is rather fascinating. Reason being is that you truly have a whole rotation where everyone can guard anyone. No trapping on Kemba and no trying to figure out who to hide Walker on defensively. Maybe I'm too jaded by Walker's subpar playoffs where he wasn't 100%. Also I'm higher on Hayward than most and his next contract should be for considerably less than Kemba per season which again gives you more financial flexibility with the roster moving forward.
Time for you to speak...
What do you think of Holiday on the Celtics? What's the most that you'd trade for him?
What do you think of Brian's trade idea that nets the Celtics both Turner and Holiday?
And lastly while we all know that Ainge works his butt off trying to get trades done, and keeping in mind that some of the best trades are the ones you pass on, do you think he will pull something off here this time around?