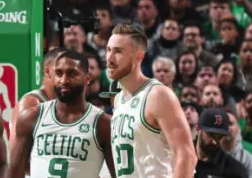 Here is the latest on the Celtics:

The Knicks have been aggressive in their pursuit of Gordon Hayward all week, sources say

Amid a growing belief leaguewide that Hayward will decline his $34 million player option for next season, New York may loom as Hayward's best option given all the Knicks' newfound cap space

🗣️ @FelgerAndMazz react to a report that the Knicks are aggressively pursuing Gordon Hayward pic.twitter.com/S17zbDzMsv

Brad Wanamaker filled in admirably for the Celtics when called upon. He started out as deep depth behind Kyrie Irving, Marcus Smart, and Terry Rozier at the point and by this past playoffs he was being called upon to be the Celtics 6th man after Hayward went down. Some Celtics fans were too hard on Wanamaker. He's not a 6th man on a title contender. Or even a 7th or 8th man. He's more of 10th- 12th guy. This was a financial decision by the Celtics who like every team lost a lot of revenue due to COVID. The Celtics have two young guards in Tremont Waters and Payton Pritchard that could battle it out for back-up point guard minutes. Boston could also still sign another veteran point guard.
Hold the presses...
This was just tweeted out:

Per source, although the Celtics declined to issue Brad Wanamaker a qualifying offer, there remains a chance that he could return to Boston, particularly if Hayward does not.

Enes Kanter's old school big man's game isn't in demand anymore so his agent likely saw that he would only be able to get the vet minimum, so advised the lovable big man to remain to pick up his option and remain in Boston. 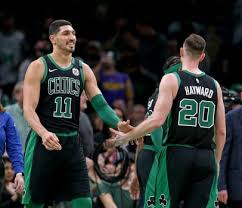 Obviously the biggest story is what happens with Hayward. I've written so much on this, so not going to repeat myself. Just check the site for previous posts or our Twitter. We'll let you know as soon as we know what Hayward decides.