Eye on the Draft: NICO MANNION 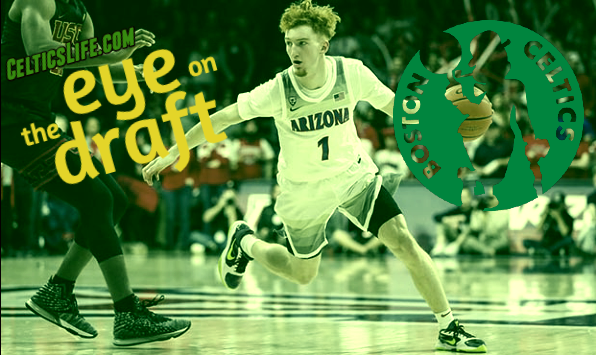 As we approach the 2020 NBA Draft on November 18th, we'll be posting some Eye on the Draft's for players who could conceivably end up in Celtics green. It's always best in the NBA Draft to go for the best player available and then fill other needs in free agency or via trades. So when we post a guard, please don't get too wound up. Maybe Danny Ainge plans to add a Myles Turner and an Aaron Baynes after the draft. Add in Daniel Theis and Robert Williams and you wouldn't even have the space for another big as a draft pick. Feel free to leave your opinion on each potential draftee we cover in the comments section.
NICO MANNION:
The sharpshooting Mannion could still be on the board for the Celtics at picks #26 and #30. Not only is he a solid threat from the outside, but he can take it to the hoop and is a very good playmaker and top shelf passer. The Arizona product is 6'3", but only has a 6'2.5" wingspan so I'm guessing his lack of length is part of the reason he's come up lower in mock drafts than expected. Personally I think he'd be a steal at #26 or #30 and could see rotation minutes as a rookie, especially if Wanamaker departs.
Check out more video of Mannion below: