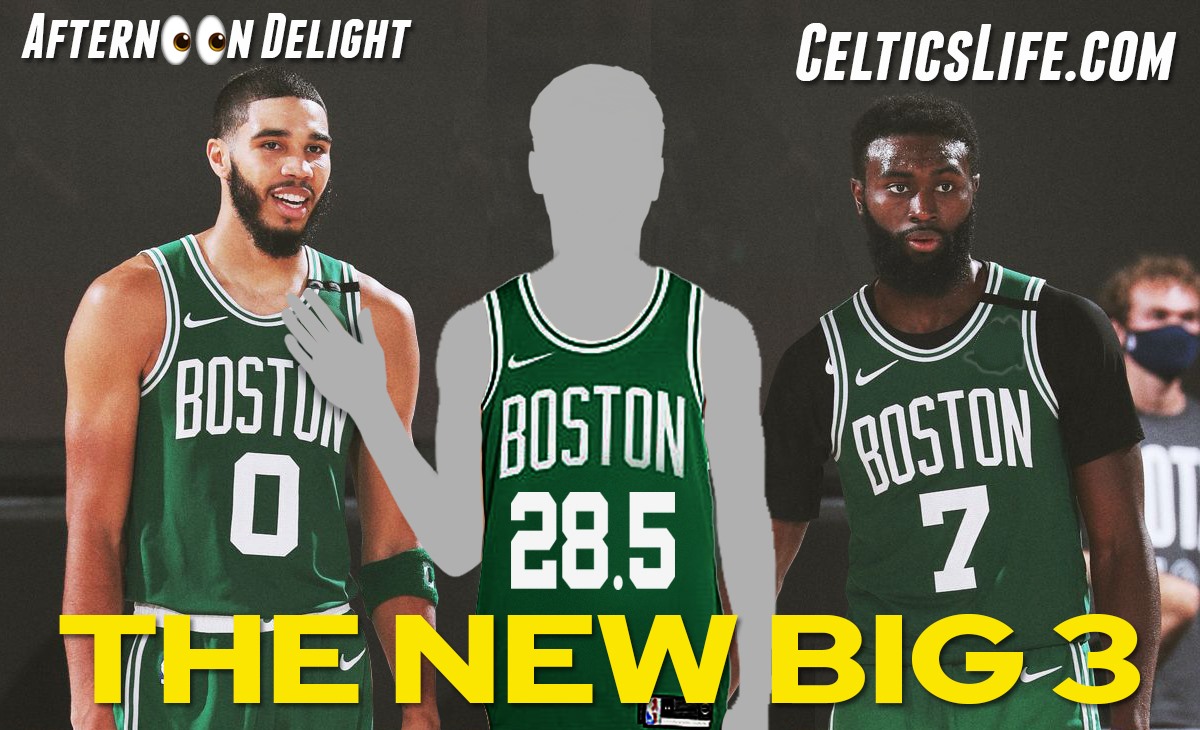 Or is it the New New Big 3? Regardless, the Celtics will be holding a press conference this week similar to the one they had in 2007 to introduce the new threesome that will be tasked with leading the team to championships. Will they win one like the Paul Pierce, Kevin Garnett, Ray Allen trifecta or more like three like the original Larry Bird, Kevin McHale, Robert Parish crew? Since this group is so young, could we be talking about four or more banners? Only time will tell.
I mean Jaylen Brown and Jayson Tatum are only 24 and 22 years old respectively and Traded Player Exception (He prefers to go by his nickname "TPE" though. Kind of a KG thing I suppose. But if he wants to be called TPE, he will be called TPE!) doesn't have a wrinkle on his face! Good times are headed back to the Bean with this third edition of the Big 3!