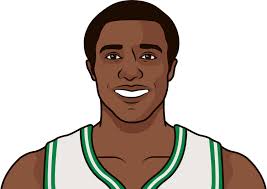 You’re not going to like hearing this and you won’t agree with that I’ve done, but I’ve asked to be traded. Red has told me he’s close to completing a deal with the Lakers. I think they have a chance of going all the way … There’s nothing more I wanted than to play my entire career as a Celtic. But things are going from bad to worse here. There just comes a time when you either become part of the solution or part of the problem. I’m at that crossroad now.

The two-time champion who spoke those “conflicted” words in 1978 during a Yuletide frustratingly devoid of any Boston Celtic good cheer is the same man who, to this very day, holds the franchise record for consecutive games played at 488, a feat spanning seven ‘70’s seasons (six of which included an All-Star nod). 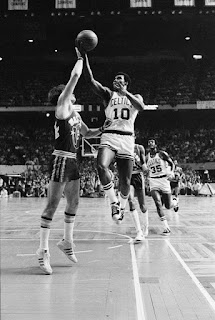 Sadly, the ‘70’s era Celtics have been overlooked and underappreciated historically, minimized between the enormity of the legendary Russell dynasty and of the NBA’s Bird & Magic-led, David Stern-orchestrated resurgence of the 80’s … and none of those Celtic standard-bearers has been more neglected than the late Joseph Henry White, better known as Jo Jo.
No. 10 may not have been a stat-sheet-stuffer like the Big O or Tiny Nate, may have lacked the highlight reel flash of an Earl the Pearl or Pistol Pete … may even have possessed the oddest shooting motion (which included a built-in “hitch”) the league has ever seen. But the quiet Midwest kid was as talented and as clutch as any backcourt man of his (or any?) generation, as evidenced by his two rings and 1976 Finals MVP recognition. [The Naismith HOF ought to be ashamed of itself for making him wait more than three decades for induction.]
But things turned sour quickly on the heels of Banner (Unlucky?) 13. Dave Cowens had met his “crossroad” just months later, embarking on a 30-game sabbatical – a decision that would create a rift with Iron-Man Jo Jo, a problem exacerbated when Auerbach appointed Big Red player-coach 12 games into the ’78-79 campaign.
Meanwhile, owner “Hollywood” Irv Levin had swung an unprecedented deal with the Buffalo Braves’ new and meddlesome owner, KFC King “Y. John” Brown, to swap franchises and relocate the Braves to his Left Coast home turf (where they’ve resided as the “Cursed Clippers” ever after).
The most enduring recollection from the future Kentucky governor’s brief Celtic ownership tenure was his trading away THREE first round picks in the upcoming 1979 draft to the Knicks for an injury-diminished Bob McAdoo – at the behest of his wife (TV sports personality Phyllis George) and without consulting Auerbach. [Red immediately gave co-owner Harry Mangurian the ultimatum, “Buy this guy out, or I’m gone!”]
But just a couple of weeks prior in late January, again without any Auerbach input, Brown had shipped the disgruntled White out of town … but not to the on-the-rise Lakers, but rather to the struggling Golden State Warriors. [The only positive outcome from that deal – from the Boston perspective – was that Jo Jo got to play a season and a half with GSW center Robert Parish. White’s Celtic loyalty and regard for Red motivated him to offer a glowing recommendation of the Chief prior to his 1980 acquisition.]
At the time, Jo Jo’s disaffection with the C’s circumstances and desire to leave were hardly a secret; the New York Times story of his trade included this paragraph:

“All I want to do is get the hell‐out of here,” the 32-year-old captain was quoted as having said. “I've been humiliated. I've been embarrassed and have been demeaned. And I have had it. I just don't think I can turn it around here any more. I've tried to give my input to this team, but they don't want to listen to me. They just push me aside. I think I deserve better than that after 10 years.” [NYT, 1/31/79] 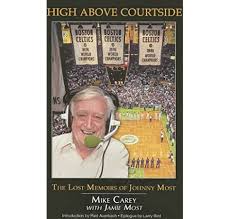 But Red’s attempt to work a deal with the Lakers for White was not publicized (to my knowledge, anyway), so I was surprised when I came upon the “reflection” Jo Jo contributed in The Lost Memoirs of Johnny Most, which was published by long-time New England sportswriter Mike Carey and Most’s son Jamie in 2003 under the title High Above Courtside. [Alas, I’ve never gotten my hands on a copy of Mark Bodanza’s 2012 bio of White, Make it Count.]
It could have been interesting if our Jo Jo had indeed been transplanted to Lakerland and was present when Magic Johnson showed up in the Fall of 1979. During that 1979-80 season with a still-struggling Warrior squad, White’s aging body delivered 26 minutes a night through 78 games, and while his scoring slipped (9.9 ppg), Jo Jo posted the highest seasonal FG% (.476) of his illustrious career.
During the 16-game playoff run to his team’s 1980 championship, LA coach Paul Westhead utilized only two pure backcourt players in his eight-man playing rotation, Norm Nixon and rookie Magic Johnson. Swingman Michael Cooper, like Nixon, was a second-year man, less developed than Stormin’ Norman since Coop had gotten into only three games his rookie year. The only other guards on the playoff roster were Brad Holland (a rookie) and Butch Lee (a sophomore), who combined for just 38 minutes of action in the post-season.
Half of that eight-man rotation was comprised of post players – Kareem, Jim Chones, Spencer Haywood, and Mark Landesberger. Jamaal Wilkes started at the small forward spot. [The average age of that title-winning rotation was 26.1 years. Since the introduction of the shot clock, only two other teams that “youthful” have won a title – Walton’s ’77 Blazers (24.8) and Kareem’s ’71 Bucks (26.1).]
I’m inclined to think a healthy Jo Jo would have been a “good fit” (in more ways than one) on that unit.
Dealin’ with the Lakers

“He said to me, ‘My dear Red, I won’t make any deals with you ever, because you know much more about basketball than I do and I’ll get the short end.’”

“He” could have been just about anyone in the NBA from his hiring by Celts’ original owner Walter Brown in 1950 until Red passed away almost 14 years ago on Oct. 28, 2006.
In this instance, cited from John Feinstein’s The Punch, “he” is late Lakers’ owner Jack Kent Cooke. 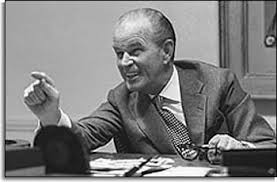 Ironically, it took that league- and life-changing Punch to induce the first and only Celtic-Laker trade on his watch. Feinstein’s book recounts how Auerbach cleverly coached-up his owner (Levin) to acquire former Celtic Don Chaney, the indefinitely-suspended “puncher” (Kermit Washington, an American U. classmate and friend of Red’s daughter) and the No. 8 selection in the upcoming draft … all for just Charlie Scott, whom they would ship out right after that season.
It’s also noteworthy that the capable hands and innovative judgment of former Celtic Bill Sharman were running the Lakers (either on the bench or in the GM’s chair) throughout the 1970’s as they acquired and built a squad around KAJ.
So, again, it’s not inconceivable – particularly since Cooke would have been preoccupied negotiating the sale of the team and its famous arena to Jerry Buss at the time – that a Jo Jo White to LA deal could have been fashioned during that horrible “Awaiting the Bird” season.
But the Kentucky Fried Future Governor swooped in unilaterally:

When I was traded, I found out John Y. Brown had gone behind Red’s back and sent me to Golden State, a team at the bottom of the Pacific Division. I was devastated because I wanted to contribute in some small way to a team that had a chance for a championship. To add insult to injury, I was notified of the trade by a secretary in the Celtics office. Red, I’m sure, had not even been told yet that John Y. had vetoed Red’s plan to get me to L.A.

Abacus Revelation for the Road
Prior to Rajon Rondo joining the club Sunday, the only NBA player to have won a title with both the Laker and Celtic franchises had been Hall of Famer Clyde Lovellette, who was an impressive rookie in 1954 on the final title squad of the Mikan era, and concluded his 10-year career helping Jim Loscutoff back up Bill Russell for two championship seasons.
On and off the court, Rondo’s been a non-traditional guy who marches to beat of his own drum … but he can’t hold a candle to old Clyde when it comes to eccentricity. If we’re to believe the account offered in Terry Pluto’s classic Tall Tales, compared to Lovellette, Bill Laimbeer was a choirboy and Gilbert Arenas a Boy Scout.
Related:
Recalling Fondly Jo Jo White, a Man of Celtic Green Contradiction
Mr. Chaney, Meet Mr. White
Red Auerbach in Memoriam: Five "Strokes" of His Genius