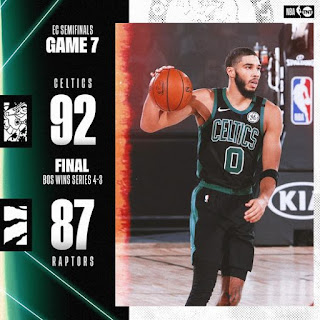 Jayson Tatum led the Celtics with 29 points, 12 rebounds, and 7 assists in a roller coaster Game 7. Kemba Walker couldn't score again tonight though he hit some big hoops in the 4th. Smart did Marcus Smart things including an amazing block during stretch time, while Jaylen Brown persevered despite struggles from 3 and a hard fall in the 4th to finish with 21 points.

Robert Williams was called upon to play extra minutes due to Daniel Theis being in foul trouble and had some big moments as well. Final score was 92-87 Celtics. Kyle Lowry and the Raptors were very worthy adversaries. Sounds like Gordon Hayward should be coming back at some point in the Eastern Conference Finals which begin on Tuesday.

This play by Smart right here I tell you:

The Jays combine for 50:

The Celtics just knocked out the defending champs without an 18-point, 7-rebound, 4-assist, versatile wing.

It sounds like Gordon Hayward will be back at some point in the next round, and the Celtics could very much use him.
— Marc D'Amico (@Marc_DAmico) September 12, 2020

Kemba says Jaylen Brown "told me he was going to grow from last game to this game, and he did ... His poise was so under control tonight."

More Brad: "We should definitely be hardened. We should have a lot more in our toolbox to go back, too."
— Boston.com Celtics News (@BDCCeltics) September 12, 2020

Jayson Tatum: “I’ve gotta tip my hat to Toronto. They’re the defending champs. .... They made us earn that.” 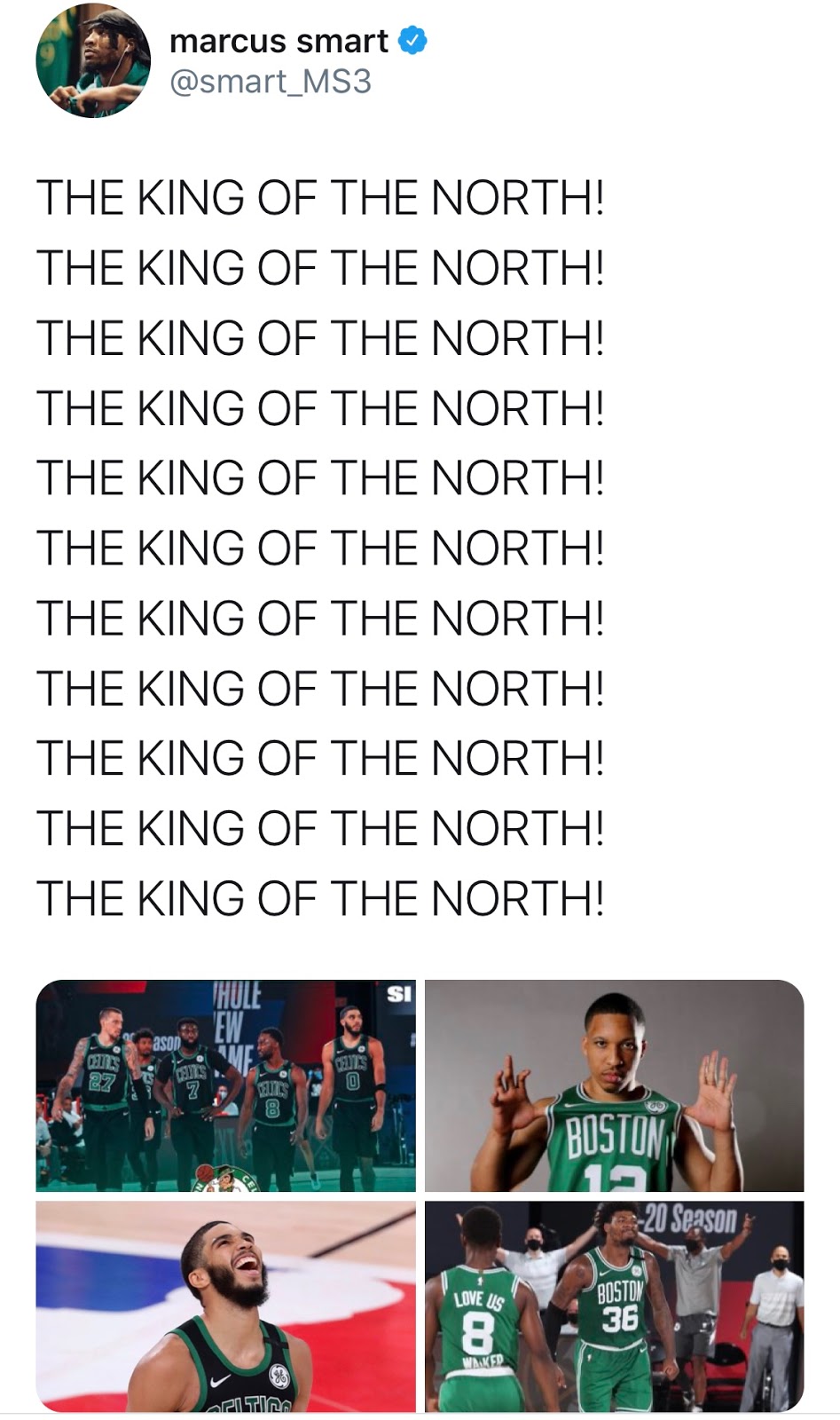