Game 4 Breakdown: Celtics on brink of elimination after 112-109 loss 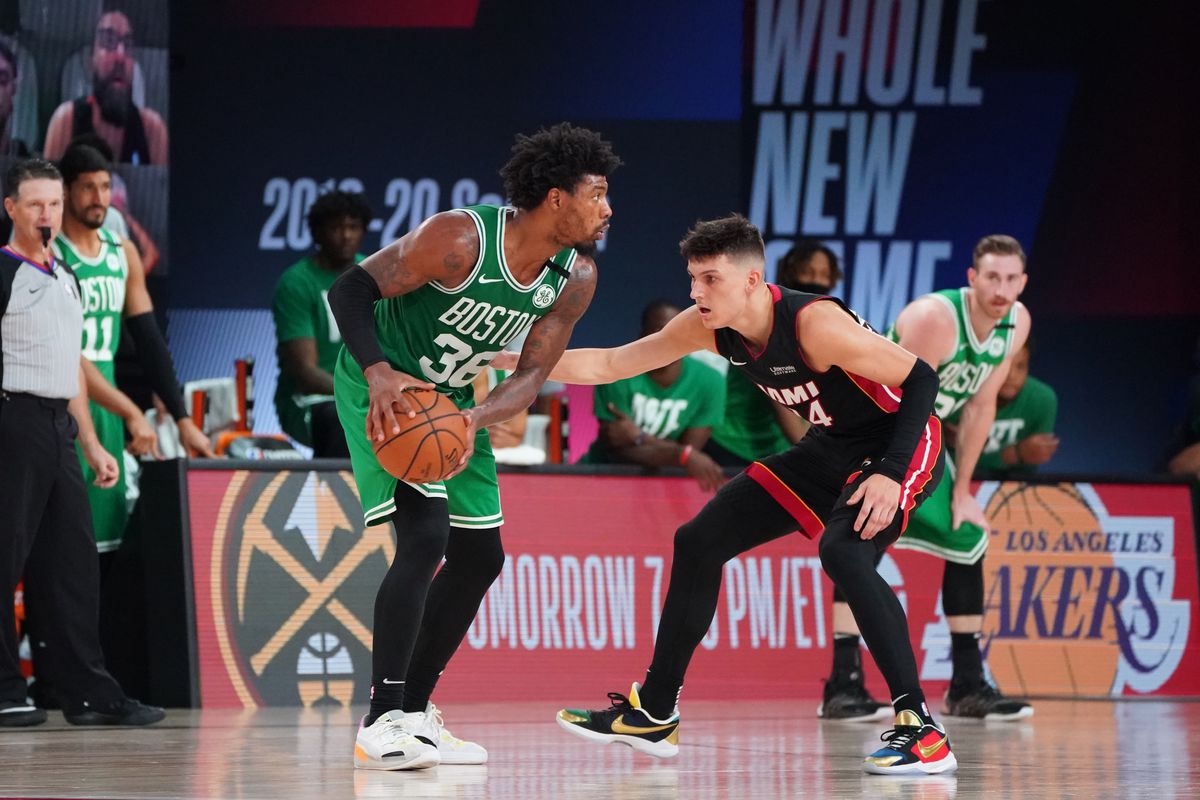 The Boston Celtics are facing elimination, now down 3-1 in the Eastern Conference Finals. A slow first half, a shaky 4th quarter, and an offensive explosion from the Miami Heat rookie Tyler Herro kept the game just out of reach, the final score being 112-109 Miami. It seems as though this series has always been right there for the Celtics, yet they find themselves on the edge of going home empty handed. This game was no different, but let’s break it down.

Believe it or not, the Celtics actually shot the ball better than the Heat, both from three and overall. The Celtics had a field goal percentage of 47.6%- and three-point percentage of 35%. The Heat ended at 42.9% from the field and 27% from three.

If you’re looking at this and wondering how the Celtics managed to lose this game you’re not alone. It really boils down to just two things, fouls and those god forsaken turnovers.

Zero consolation...but it is statistically remarkable that the Celtics have now lost 6 of 9...and have the NBA's 2nd best Net Rating and 3rd best scoring margin in that span.

Let’s start with the fouls. Now given that Miami is a team known for drawing fouls, especially with their leader being Jimmy Butler, you can expect them to shoot a lot of free throws, and they did. Still, the Celtics fouled just 4 more times than the Heat at 24 and 20 respectively. Erik Spoelstra has been running a tighter ship than Brad Stevens in terms of lineups. The Heat effectively ran with a 7 man rotation to Brad’s 9, yet Marcus Smart ended up fouling out, Jaylen Brown ended the game with 5 fouls, and Jayson Tatum and Gordon Hayward both had 4 fouls while Jae Crowder and Duncan Robinson led the Heat in fouls with only 4 each. Jimmy Butler, Bam Adebayo, and Tyler Herro combined for 6 fouls.

While it may not seem like it, this holds great significance in determining the outcome of the game. The Celtics got their only win in this series by being aggressive, getting to the paint, and finishing strong or drawing fouls. With 4 out of our best 5 players being in foul trouble it’s much harder for them to be aggressive. For one thing they can’t play as tight on defense, making it easier for the Heat to get easy, virtually uncontested points in the paint on top of the free throws they’re already getting. On the other end of the court, the Heat and their zone are great at drawing charges, meaning that every drive to the paint can be a big risk for the Celtics. 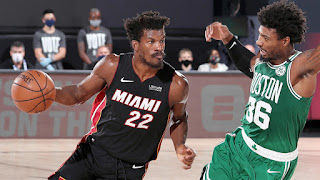 Tatum is becoming notorious for his offensive fouls, constantly getting caught pushing off with his off arm. Jaylen picked up two silly ticky-tacky fouls in the first 5 minutes. In order to get their offense going and create a good flow for the game they have to be more disciplined, both on offense and defense.

Now let’s get to the biggest problem they’ve had all series, the turnovers. Boston gave the ball away 19 times, gifting the Heat with 17 of their points. Miami only turned the ball over 8 times, allowing the Celtics 9 points off of them. I can’t put into words how painful it was to watch it happen live, but I’m sure you all felt the same.

Not to discredit Miami’s defense, but these turnovers were in big part unforced. The Celtics have been too casual with the ball all series, forcing themselves into bad passes or simply not completing the easy ones. Of Boston’s 19 turnovers only 9 of those were Miami steals and 7 of them were in the 4th quarter. Going through the play-by-play and seeing all the “Boston Turnover – Bad Pass” with the steadily increasing team turnovers just hurt to look at.

Not only did Miami get an additional 11 shots in the game because of the turnover differential, but Boston missed out on 11 more shots. That’s a net 22 shots in a game where Boston was shooting better than the Heat. It’s just outright unacceptable, and the Celtics have no chance of winning if they don’t correct their path.

The Celtics are more skilled than the Heat, but they most certainly are not playing like it. Miami’s brought great energy and never sits quietly. Boston on the other hand has been incredibly sloppy, slow, and they keep getting in their own way. Maybe it’s false hope but knowing who we have in that locker room leaves me with a lot of confidence in them to take a page out of the Nugget’s book and still win the series after being down 3-1. That being said, they have to take it one game at a time, one possession at a time. Game 5 takes place tomorrow at 8:30 PM, and it’s win or go home. Everything they’ve fought for, everything they’ve sacrificed, it all comes down to this. Let’s go Celtics!