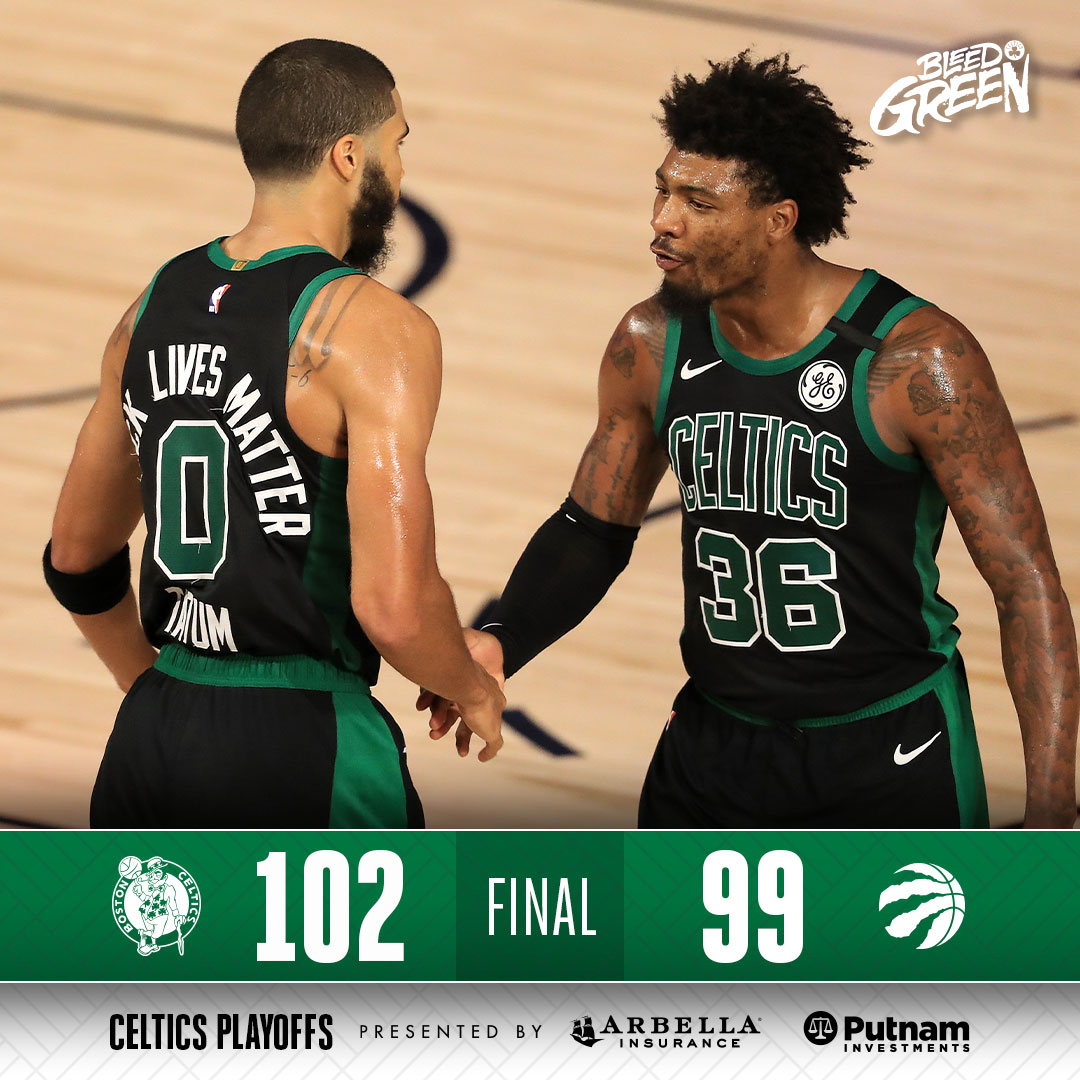 The Celtics looked like they were going to let this one get away, but then all of a sudden Marcus Smart turned into Larry Bird and hit about 19 three pointers and the Celtics took the lead. Kemba Walker who was having a brutal game hit a couple big shots down the stretch and a Fred Van Fleet 3-pointer missed at the buzzer to seal the win for Boston. The Celtics now lead the series 2 games to 0.

Robert Williams gave the Celtics a huge boost in the first half with 10 points. Jayson Tatum lead the way with another career high finishing with 34 points (though he had a costly technical in the final minute. Tatum also hit all 14 of his free throw attempts. Speaking of free throws the Raptors amazingly din't shoot any at all in the 1st half..

The Celtics remain undefeated in the playoffs, but it must be mentioned again that the bench really needs to step up. Besides Williams 10 first half points the bench scored just 3 additional points (A Robert Williams free throw and a Grant Williams dunk). Not sure how long they can keep winning with that bench futility, but hey I'll take the wins regardless. 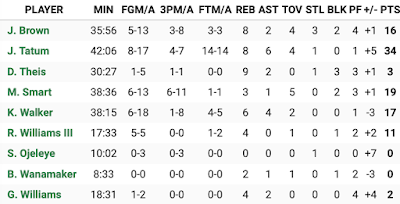 Asked Kemba if he's ever played with someone like Marcus Smart. He shook his head in amazement. Said, Marcus is one of one. No one like him. #Truth

Kemba: “Everybody knows what I've been through. … A lot of times in my career, games like that, probably would have been a blowout for my team. For me to have these guys who can step up … it’s special.”