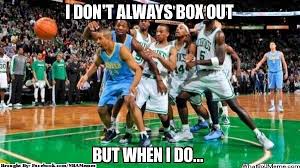 Through four seeding games, Boston opponents have misfired on 21 of their 110 free throw attempts. On eleven of those misses, the shooter had another FT coming … so just 10 of them created a potential defensive rebound. The Celts have managed to corral but seven of them, allowing Brooklyn’s Chris Chiozza (???) an FT O-board late in Q1 of Wednesday’s blowout. (Heat marksman Duncan Robison denied the boys a last-ditch chance with a similar effort a day earlier.)

No Celtic has yet to be credited with an FT O-board in their (ironically?) 10 Play-the-Miss chances, but a Kelly Olynik Loose Ball Foul on Daniel Theiss did put such a Team Rebound on the C’s ledger. 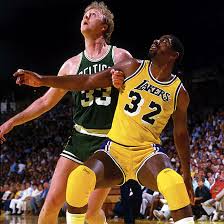 I was reminded recently, while re-reading Larry Bird’s autobiography Drive, that Magic Johnson would never have had possession of the ball in the 1987 Finals to make his highlight-reel, series-changing baby-hook on the parquet if the Celts could have performed the simple task of securing a missed Laker free throw.

The Adam Silver Invitational has settled into a cozy six-game-per-day pace. With a field of 22 teams, this rate of play requires at least two squads to compete on consecutive days. Both the Celtics and Nets (Orlando, as well) fulfilled their “community service” Wednesday – every team also receives one two-day respite during the 16-day process.

The playoffs will proceed, I believe, at the same pace, every other day minus the B2B’s. Extra rest can be earned only by takin’ care of business and wrapping up a series promptly. 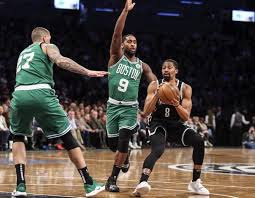 Brad Wanamaker has been a steady hand during this re-start. In 78 minutes of playing time, he’s connected on more than half his FGA’s (12-for-23) and been credited with four steals while committing only five Turnovers.