Keys to the Celtics - Raptors series 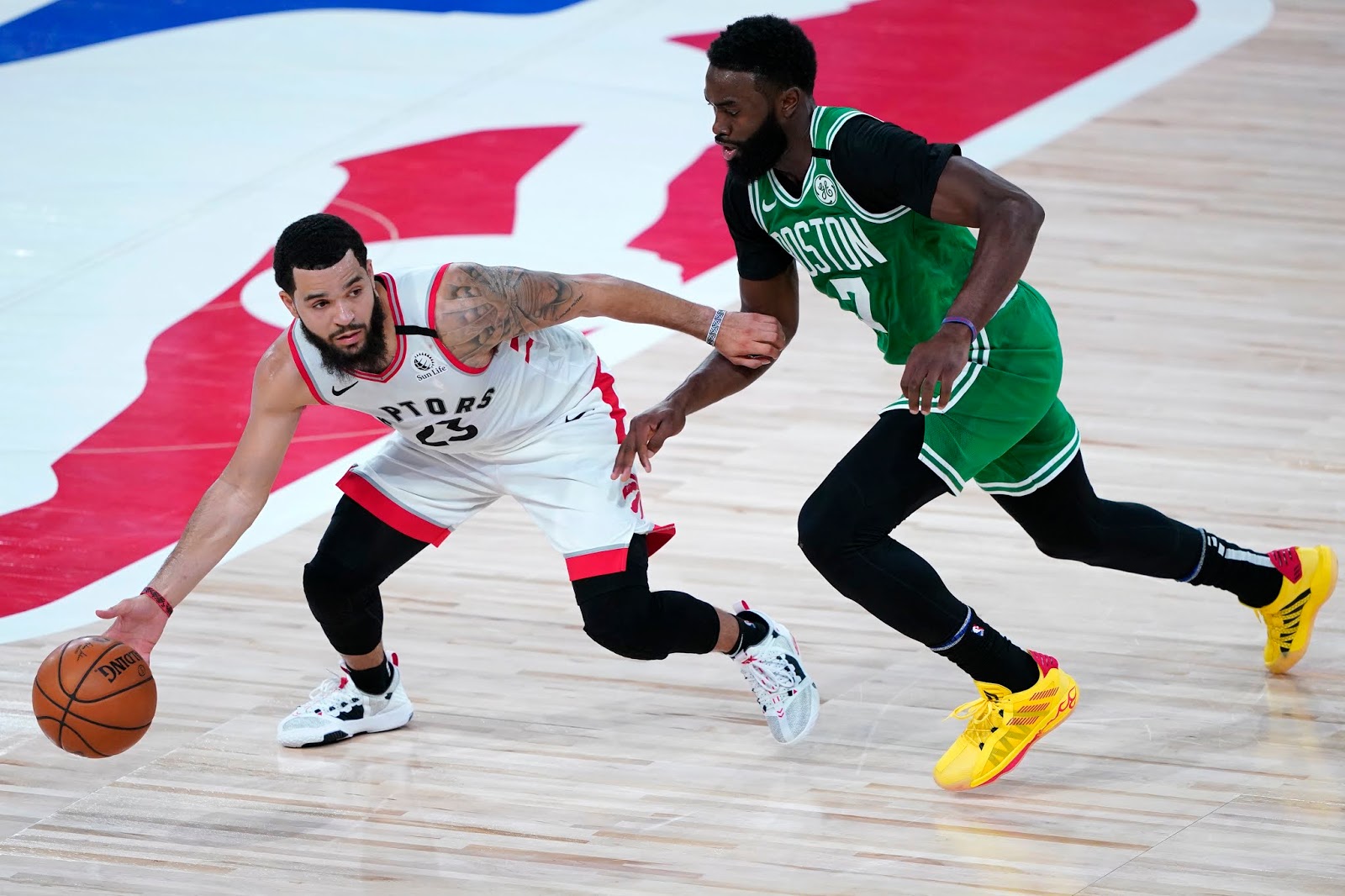 The Boston Celtics look to take on the defending champion Toronto Raptors in game 1 of the Eastern Conference Semi Finals tomorrow at 1 PM. It was originally meant to be played this past Thursday but was postponed when teams decided to boycott their playoff games following the shooting of Jacob Blake. As players were really locking in having had a few playoff games under their belt they had to shift focus away from basketball to address the issue and took a few days off to help the NBA form a plan of action. Now that they created a plan and the playoffs are officially resuming the players are shifting their focus back to basketball, so what can we expect to see in the Celtics – Raptors series?

For starters Celtics fans can breathe a (small) sigh of relief knowing that Toronto doesn’t have another Embiid to kill us in the post. That’s not to say that Toronto is lacking in size, but the playstyle of their bigs makes some parts of the game easier for the Celtics and others harder. While they do still have extremely skilled big men in Pascal Siakam, Marc Gasol, and Serge Ibaka they do not pose the same paint threat. Together they averaged 11.6 3PA and 9.6 FTA per game as opposed to the 5 3PA and 16.6 FTA between Al Horford and Joel Embiid (4 3PA and 14.8 FTA for Embiid alone) in these playoffs so far. They don’t spend as much time down low, which on one hand gives the Celtics more rebounding opportunities and less chances to foul, but on the other it provides good spacing and passing to generate open shots from the perimeter. 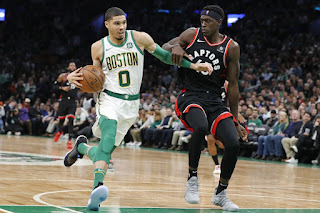 During the regular season the Celtics were surprisingly 8th in the league for total rebounds, tied with the Sixers and 1 place above the Raptors. There wasn’t a big disparity between Boston and Toronto, being just 49 boards. In their regular season series Boston took the edge in 3 of the 4 games, and the final scores followed the same path.

In the first game of their regular season series Boston outrebounded Toronto 56 to 46, winning the game 56 to 46. In the second game they grabbed 45 to Toronto’s 34, winning 118 to 102. In the third game the Raptors were able to flip the script, outrebounding the Celtics 53 to 31, handing the Celtics a loss with the final score being 113 to 97. The last game of this series was the only meeting between the two teams at the Orlando campus, the final score being 122 to 100 and the rebound total at 52 to 48, both in favor of the Celtics. While it may not be the determining stat, the rebounding game is definitely one to pay close attention to over the course of the series.

The place where Toronto really excels is moving the ball. In these playoffs they are currently number 1 in the league for assists per game, averaging 30.5 and assisting on 67.8% of their shots. Boston finds themselves in the 13th spot with just 19 assists per game, assisting on 48.7% of their shots. While Boston’s lack of assisting hasn’t hurt them just yet, it’s certainly an area they can improve upon. On the defensive end they have to have active hands, look to jump in the passing lanes, and be quick to rotate on drive-and-kicks. 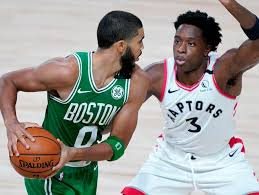 During the regular season the Celtics had an offensive rating of 112.8 and a defensive rating of 106.5, making them the 4th best team in both categories. The Raptors had ratings of 110.8 offensively and 104.7 defensively, putting them at 13th and 2nd best respectively. They ranked 2nd in the league in points off of turnovers, making it extremely important for the Celtics to take care of the ball and limit turnovers.

Toronto has some great on-ball defenders in Fred VanVleet, Kyle Lowry, Pascal Siakam, Terence Davis, and OG Anunoby, all who will probably switch between guarding Kemba, Jaylen, and Jayson. Their job gets a little easier without the threat of Gordon Hayward who is still out with an ankle injury, but the three Celtics stars will look to produce big numbers to fill in. Over the regular season series Jaylen led the team, shooting 55.9% from the field, 50% from three, and putting up 23 points per game. Kemba followed with a FG% of 44%, 3P% of 35.9%, and 22.8 PPG. Tatum put up 16.5 PPG on 37.7 FG% and 36.8% from the arc. All of them put up stellar numbers, and each of them turned their game up to another level once the playoffs started. They’ll certainly have to work to get their points against Toronto, but they are more than capable, and Brad Stevens is sure to get them some help from the bench. 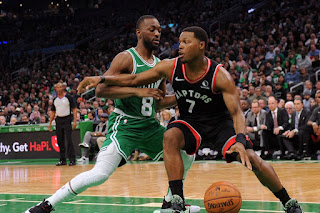 The Raptors offense has been pretty spread out, getting good production out of VanVleet, Siakam, Serge Ibaka, Norman Powel, and Kyle Lowry. They have 6 players averaging double-digit points with VanVleet and Siakam averaging 21.3 and 20.8 respectively. This again plays into their ability to move the ball and spread the court. Boston needs to use the Raptors’ ball movement against them to generate turnovers and create more offensive opportunities for themselves.

This series is shaping up to be extremely competitive and nerve-racking for Celtics and Raptors fans alike. It’s the first time that the two teams are meeting in the history of the playoffs, meaning there’s some serious bragging rights attached. If the Celtics want to win this series and dethrone the champs, they’ll need to win the rebound battle, move the ball, and generate Toronto turnovers while limiting their own. We are less than 24 hours out and I couldn’t be more excited.