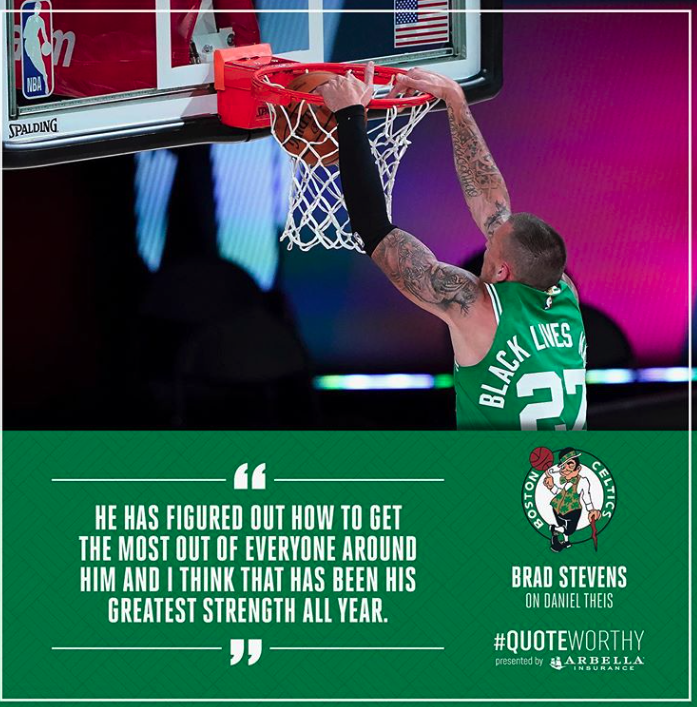 When Al Horford unexpectedly bolted for Philadelphia in July of 2019, the Celtics were left with a huge hole at center. The C's parlayed that cap space into Kemba Walker, but if Kyrie Irving hadn't been such a (female dog) the Celtics wouldn't have had to choose between paying for an all-star point guard and center; They could have had both. Alas, Kyrie was who he was and left (Good Riddance!) and the Celtics are much better with Kemba running things. Jayson Tatum and Jaylen Brown reached new heights with a star guard letting them shine.

Still the Celtics weren't supposed to be contenders this year unless Danny Ainge made some in-season trade for a center to fill the void of Horford. Ainge didn't but here the Celtics still stand as contenders. And a big reason why is because Daniel Theis took the center spot and has achieved all expectations. Yes, some experts will still say that the Celtics don't have the big men to match-up with every team in the playoffs they may face, but let's be honest, the modern NBA is not a big man league. The Celtics actually benefit from starting Tatum and Gordon Hayward at the forward positions and not having a power forward or second big. 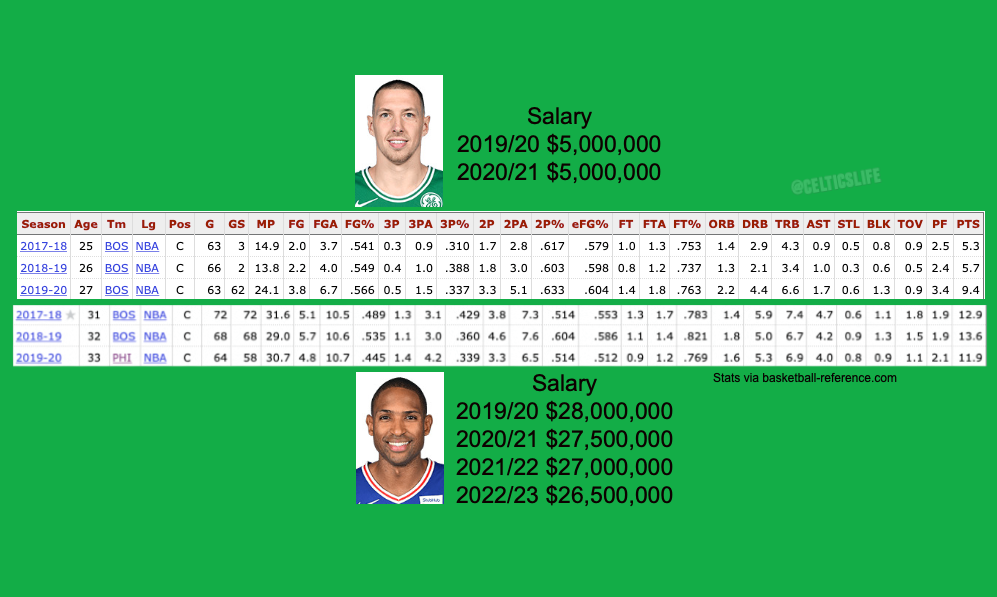 With the exception of when Enes Kanter or Robert Williams are in the game, the Celtics usually have five players on the court that can shoot from behind the 3-point arc, which is huge. Daniel Theis at a fraction of the cost of Horford has provided a center who can spread the floor, play defense, protect the rim, pass, and do a lot of the intangibles Big Al could. If Horford was still here, yes you'd have both options, but it's unlikely Thies would have seen as much growth in his game and added confidence.

When being pleasantry surprised by the fact that the Celtics are still contenders despite the losses of Irving and Horford, make sure to give Theis his due. There was a glaring hole in the middle for the Celtics after the loss of Horford and Aron Baynes for that matter. Vincent Poirier and Kanter were brought in to possibly fill the void. Robert Williams had an opportunity to make the leap this season (and he somewhat did prior to his injury). But it was Theis who grabbed the opportunity by the horns.