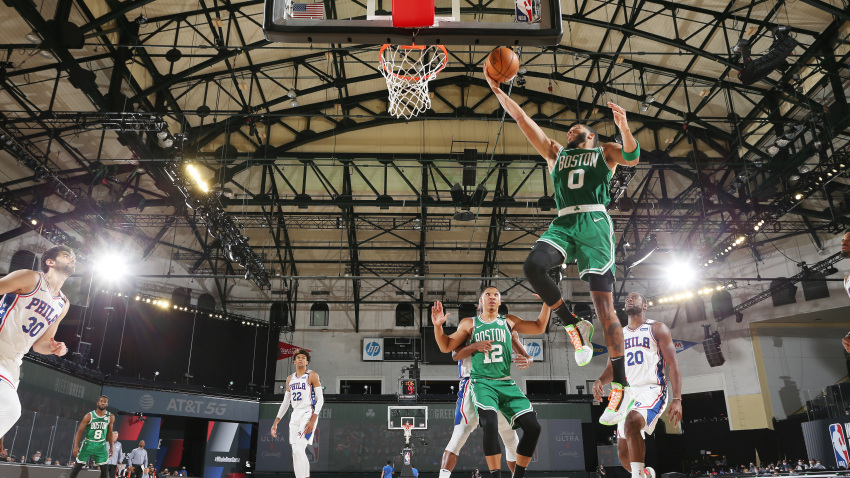 If we remove Joel Embiid’s numbers from the equation, Sixer coach Brett Brown’s sharpshooters made fewer than one of every three (.319) of their FG attempts against Boston Wednesday evening … no wonder they find themselves looking out of an 0-2 hole, huh? 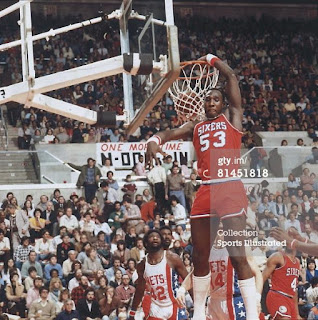 For his part, Joel combines an extraordinary set of skills with size, strength and power – but rather than projecting an intimidating presence on a game (ala Shaq or Russell), the perspective from my “Old-School Lawn” discerns more parallels with a Wilt or Darryl Dawkins, a guy who views the basket court more as a “stage” for his performance than a field of “Basketball Battle” (as Mr. Most liked to say).

And without Ben Simmons, JE might be feeling the way Chamberlain did during his early Philadelphia Warrior days.

An energetic Embiid dominated (9 points, 3 D-boards and an assist) the early-going as the 76ers built their largest lead of the series (14 points) seven minutes in. Within nine possessions, he had seven points and had drawn a foul apiece on Tatum and Theiss.

Coach Brown gave the big guy a three-minute blow midway through Q1 … and when he returned, though, Joel had decided that his Scene 2 would feature his jump shot. 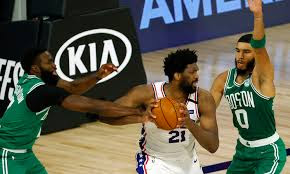 By the end of the first 12 minutes, nearly half of Embiid’s scoring (15 of 34 points, not to mention all three of his assists) was already in the books.

And the Stevens Squadron would ultimately create a 42-point swing on their way to a 128-101 laugher.

Worthy of note, perhaps, is the Turnover-free performances submitted by Kemba Walker and both members of the young J-Team – Grant Williams and Enes Kanter, as well, among players with 20+ minutes of PT.

More Reminder than Revelation, this time.

Eight seasons ago when these teams last faced off in the post-season, that Doc Rivers crew was poised to assume a commanding 3-1 advantage with a 46-31 Game 4 halftime lead that had induced the Philly Phaithphul to boo Doug Collins and his team off the court.

Those Sixers rallied and took a favored Celtic team through seven tough games.

History will sometimes demand that a Celtic-Sixer bout go the full 15 rounds.