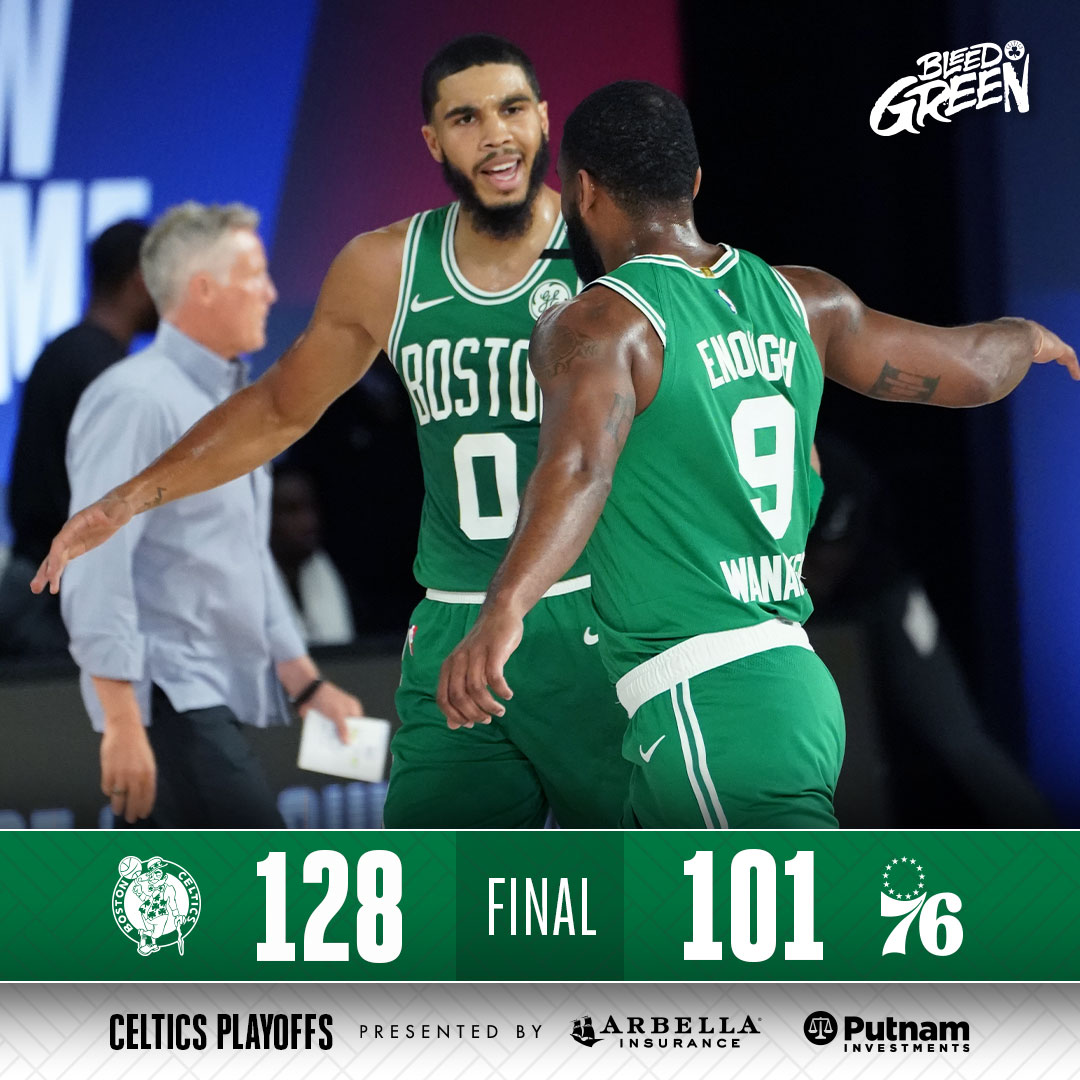 Jayson Tatum was unstoppable again with 33 points while Kemba Walker and Jaylen Brown pitched in with 22 and 20 points respectively. Philly started the game in control and it took til the end of the 1st quarter for the Celtics get going. The C's took the lead by the half and then took control in the 3rd quarter. The 4th quarter ended up being extended garbage time as Tacko Fall even made an appearance while Brett Brown started sending out resumes.

With all that said, it's only been two games so hopefully the Celtics don't mistakenly think they are in the 2nd round yet. A Philly win in Game 3 and it's a series again. Also worth noting while the Celtics bench was limited to 8 points in Game 1, it was a different story in Game 2. The bench was very impressive. Game 3 will be on Friday at 6:30pm. 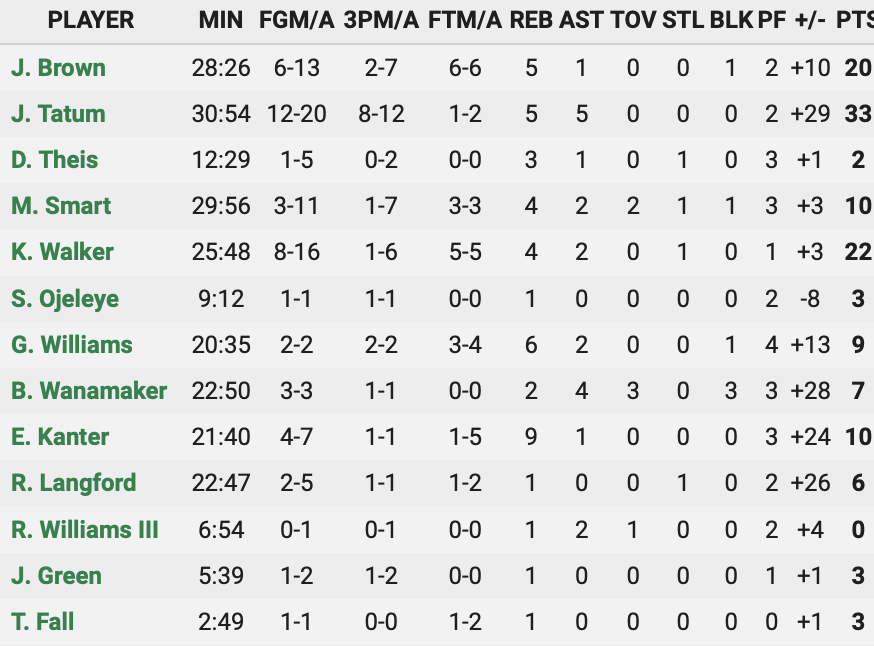 Kemba Walker on Jayson Tatum: "He’s a superstar. He’s showing it night in, night out … as well as Jaylen. Jaylen's a superstar as well. … Really special dudes."

Kemba Walker on Jaylen Brown and Jayson Tatum: "I love being around those two guys and love the way they play basketball."

Kemba on our bench, which outscored Philly's bench 41-20 during Game 2: "Those guys can hoop, man. Whenever their names are called, they’re ready."

Brad Stevens on Romeo Langford: "We feel very confident in his shot."