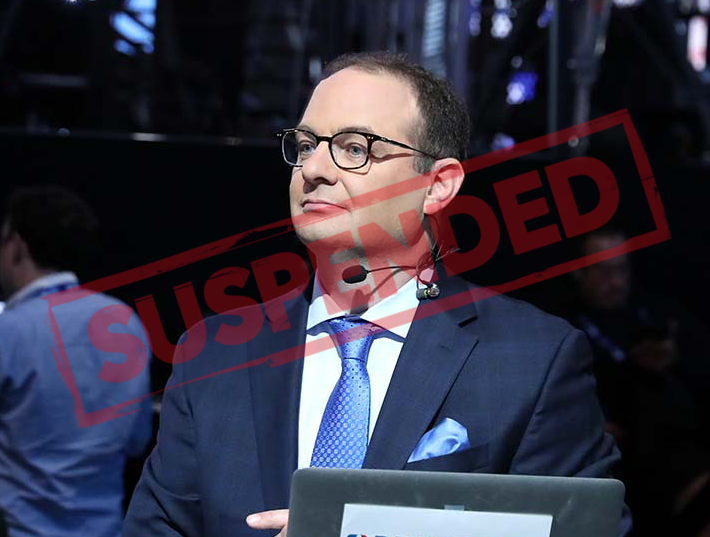 Woj had replied to the following press release with "f--- you."


If @NBA is going to put social cause statements on uniforms, why not “Support our Troops” or “Back the Blue”? Or given how much $$ @nba makes in #China, how about “Free Hong Kong”! Today I wrote to Adam Silver to ask for answers pic.twitter.com/PthYR4OxmE
— Josh Hawley (@HawleyMO) July 10, 2020

Woj then send out an apology tweet. Whether ESPN asked him to do that is unknown. ESPN has been criticized in recent years for departing from its roots of being entertainment for all sports fans to becoming too left leaning political. Their new president has made an effort to lessen the amount of politics its reporters discuss on Twitter and elsewhere. This of course has also caused ESPN backlash for attempting to silence their reporters' voices.

ESPN's Friday statement read, "It is inexcusable for anyone working for ESPN to respond in the way Adrian did to Senator Hawley. We are addressing it directly with Adrian and specifics of those conversations will remain internal."

And yes as expected many #FreeWoj tweets have popped up on Twitter and the hashtag as of this posting is currently trending on the platform. I expect his suspension to be a short one, especially with basketball just having started back up. My guess is ESPN's suspension has more to do with the unprofessional, profanity response as a representative of their brand than it has to do with any political message implied by his response.