Some of the best trades in Celtics history

The Boston Celtics team has been performing in the NBA since it was founded in 1946 as one of the league’s original eight teams. Throughout the decades, the Celtics have made some exceptional trades, which has seen their rankings bolstered. Here, we look at some of the best trades in the Celtics history.

The draft lottery of 2007 was quite the crushing disappointment overall to the Celtics. However, the team pressed forward, and general manager Danny Ainge chose to make a series of moves that returned to the team to prominence. One of those moves was to bring Ray Allen to the team (as well as gain a 2007 second-round pick), in exchange for a first-round pick, Wally Szczerbiak, Delonte West and a 2008 second-round pick to Seattle. Allen proved to be vital to Boston’s title runs, despite the fact that Kevin Garnett and Paul Pierce took a lot of the credit and spotlight.

It didn’t actually seem very likely that the Celtics would sign Jayson Tatum in 2017. Instead, most of the basketball world believed that the team would select Markelle Fultz with the first overall pick. Even Tatum himself had an entirely different scenario of where he would be going planned out in his head. When Boston expressed their interest in signing him, Tatum had his eye on the Phoenix Suns. He even mentioned that there was a part of him that didn’t really want to go to the Celtics, too. However, once he got there, Tatum proved to be a considerably good member of the team, capping his first season by dunking on LeBron James. 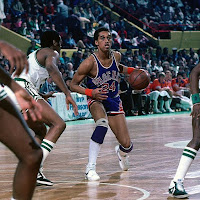 Is there had been online sportsbooks available in 1983, then the likelihood is that everyone would have been backing the Boston Celtics after they signed Dennis Johnson. The site Efirbet actually reviews such sportsbooks, and the potential for an influx of new bettors wanting to wager on the Celtics would likely have been massive. Fortunately, there are still many platforms on there that allow for Celtics betting today. Even though Johnson was regarded as being quite a moody player, he brought some impressive defensive skills and clutch shooting to Boston, which already had quite the talented pool of players on its side. Johnson proved to be a great assistance in helping Boston to title runs in 1984 and 1986.

Kevin Garnett – July 31, 2007
It took Al Jefferson, Gerald Green, Ryan Gomes, Theo Ratliff, Sebastian Telfair and two 2009 first-round picks to Minnesota for the Celtics to acquire Kevin Garnett. It wasn’t an easy task to convince him to become a part of the Boston team either, but once he did sign a contract alongside the aforementioned Ray Allen, the Celtics became quite the force in the NBA once again. This was precisely what the team needed, following a franchise-record loss of 17 straight in the year before. However, with the new and obvious urgency that Boston had, it claimed its 17th title with its new signings.