Vince Carter officially retires after 22 years in the NBA 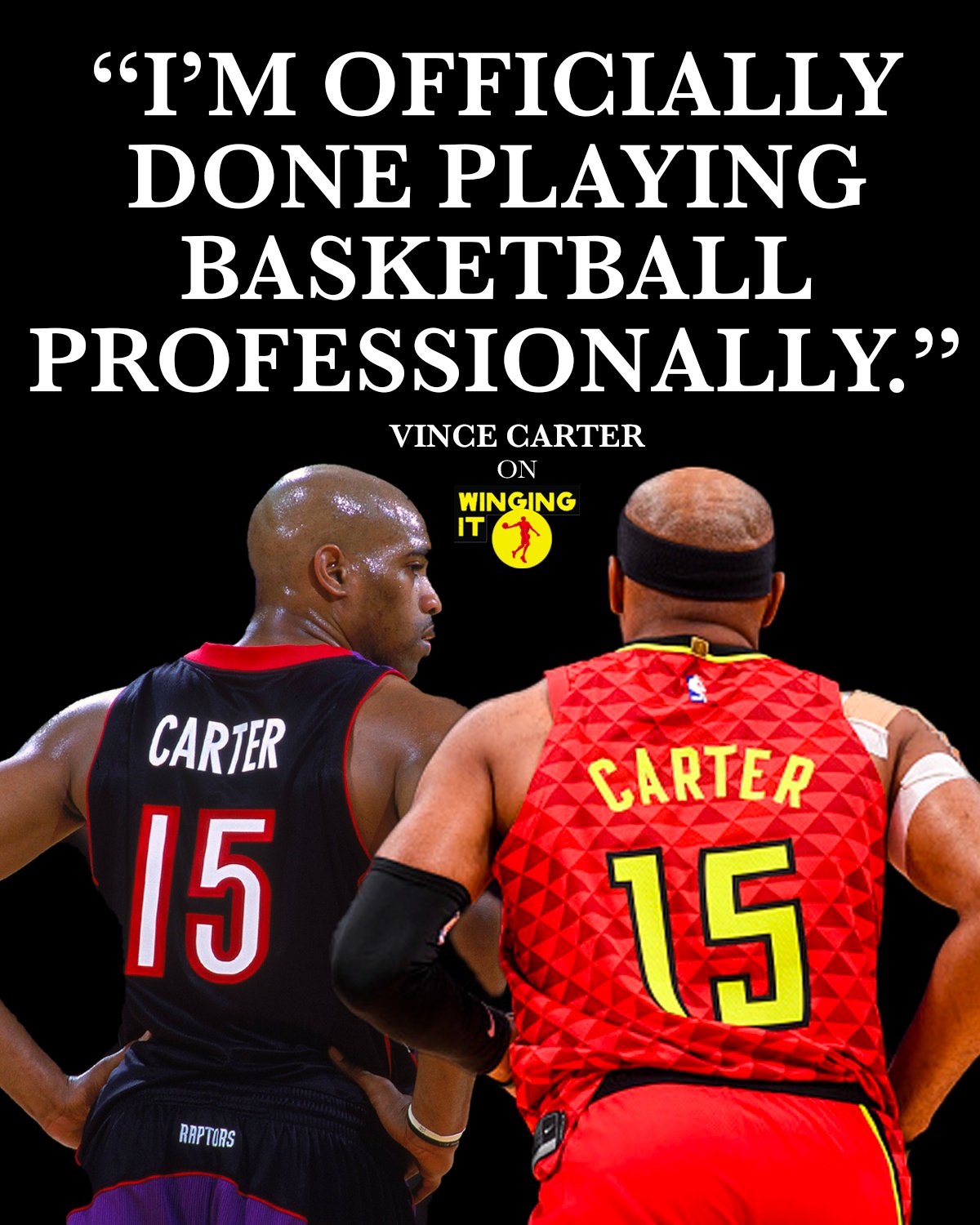 I'm sure this isn't how Vince Carter planned it. That the Hawks season would first be put on hiatus due to a pandemic and then cancelled all together due to their record, but here we are. Vince was one of the elite dunkers of all time. Had some Dominique Wilkins in him as well as Michael Jordan. Kind of a combo of both. He was that great a dunker. Like Dominique, he was never able to lead a team to the NBA Finals or even make one. To his credit he didn't go ring chasing late in his career, though he did have a nasty breakup with the Raptors earlier on.

Carter was a phenomenal dunker and a great scorer. Cheers to Vince. Enjoy your retirment.

Thank you for inspiring a nation to believe.

Thank you for laying the foundation of basketball in Canada.

Thank you for letting us fly with you.

Thank you for a lifetime of memories.