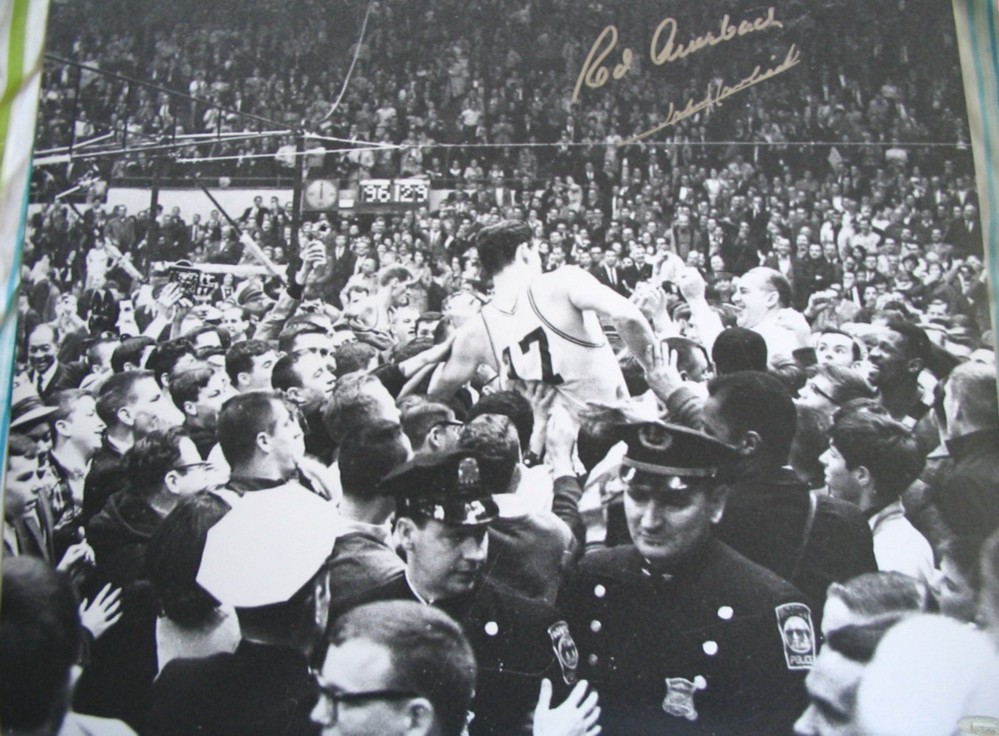 It was on this date 55 years ago at Boston’s little “arena above the train station” that Red Auerbach’s Celtics romped (a 129-96 Game 5 victory) to their seventh consecutive league championship at the expense of an over-matched and Elgin Baylor-less contingent of LA Lakers.

While the game offered little suspense to the capacity crowd of 13,909, the more attentive spectators were getting a glimpse (21 minutes worth) of a player who would become a Celtic mainstay for the next 11 seasons – and the next five Celtic NBA titles. 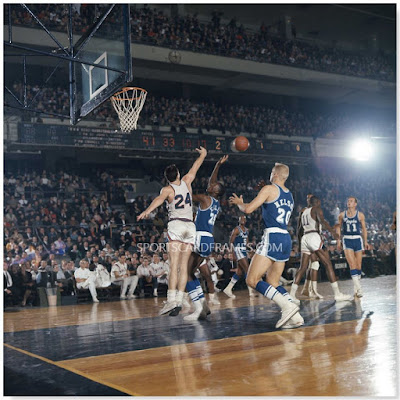 As the ’64-65 season progressed, there had been whispers that 30-year-old Tommy Heinsohn – whose playoff numbers would dip to career-lows in minutes played (23.4 per game) and scoring (12.3 ppg) – was intending to hang up his high-tops … and veteran Willie Naulls would follow suit one season later.

Heinie’s spot on the roster would be taken by an apparent journeyman-to-be who’d played back-up roles for a season with the Chicago Zephyrs and two more in LA before being cut by the Lakers prior to the ’65-66 season. This Iowa alum had seen his minutes cut in half during his second season in LA – though PT returned to “rotation level” when Baylor got injured in Q1 of the Lakers’ playoff opener.

At the urging of C’s guard Larry Siegfried, whose Ohio State squads had competed against this guy, Red signed Don Nelson off the waiver wire two weeks into the 1965-66 season. Nellie made his Celtic debut three nights later in a home victory over his original team (by then called the Baltimore Bullets) on Oct. 31, 1965.

But the man whose No. 19 has been enshrined upon the franchise’s flags of honor played his final professional basketball game while NOT wearing a Boston Celtic jersey ON THIS DATE in 1965.