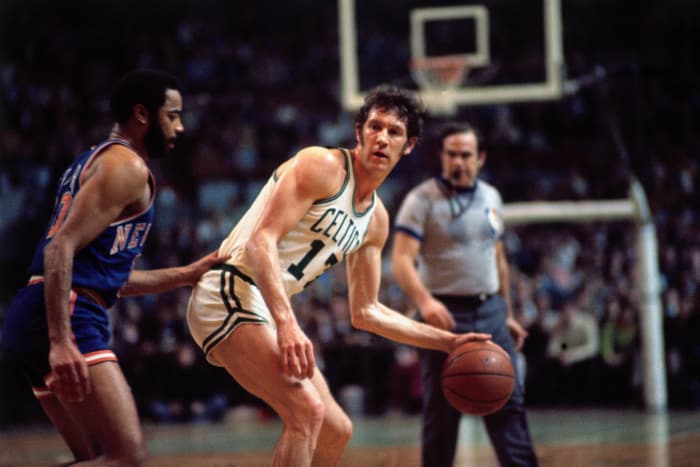 On this day 46 years ago, John Havlicek became the first Boston Celtic – and only the fourth player in league history (joining Jerry West, Elgin Baylor and Wilt Chamberlain) – to score 3,000 points in the NBA Playoffs. The accomplishment of the Celts’ captain was enhanced by the simultaneous elimination of the defending champion New York Knicks in a 4-1 “gentleman’s sweep.”

The victory at the Old Garden sent the 11-time titlists back to the championship series for the first time in five years … when they’d repelled those afore-mentioned Lakers in Bill Russell’s final season.

Havlicek led a quintet of Celtics – all of whom shot 50+% from the field – in double-figures, as Coach Tom Heinsohn’s troops blew open a close game with a Q4 surge. 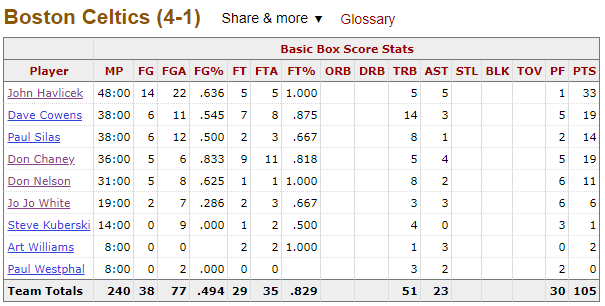 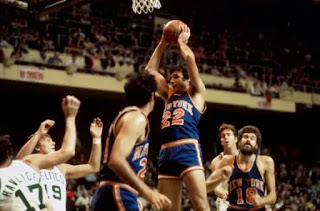 It’s funny how an entire Celtic “generation” came and went – from re-building, through playoff frustration, to championship glory, then ultimate disintegration – without ever facing the Lakers in the post-season.

White, Cowens, Kuberski, Silas, Scott, even back-ups like Westphal, Finkel and Hambone Williams – none of them ever got the chance to participate in the Association’s Marquee Match-up.

Boston’s 105-94 victory that long-ago Wednesday evening marked the conclusion of the playing career of Hall of Famer Dave DeBusschere, who received a fitting send-off from the classy and knowledgeable Garden crowd when subbed out by Coach Red Holzman for the final time.