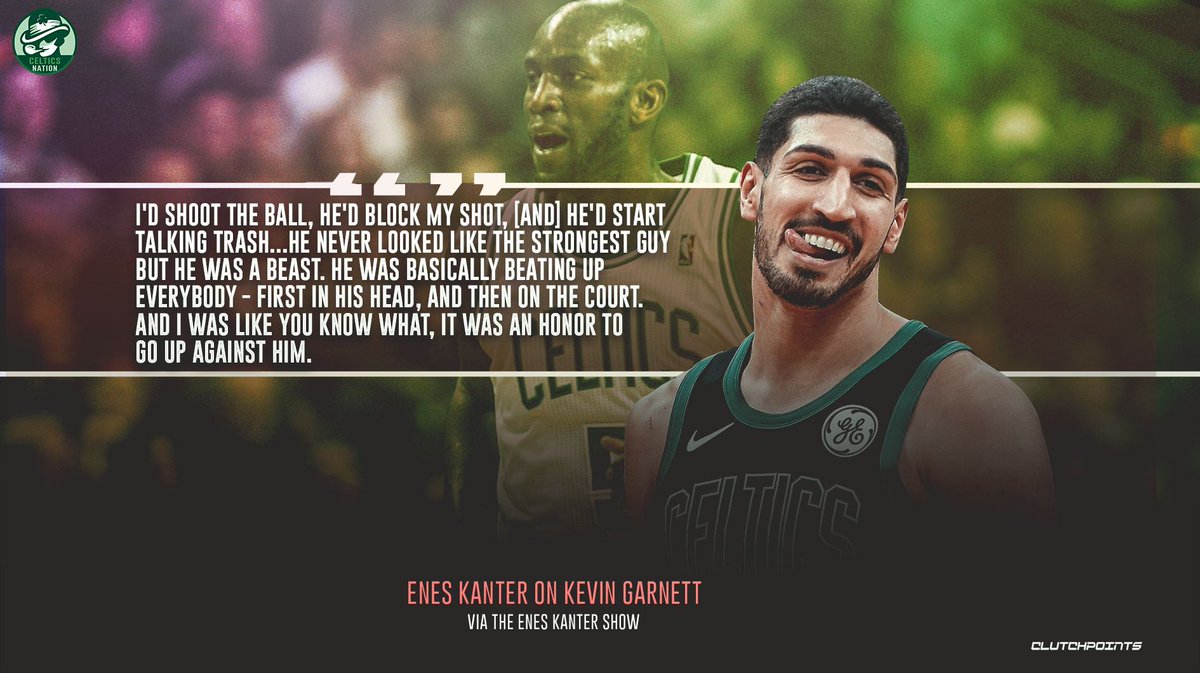 If you didn't know, Enes Kanter has his own podcast, which makes sense because he's very quote worthy, active on social media, and a jokester. In his latest the topic of KG came up. Like many other young big men growing up in the 90's or 2000's, Garnett was a favorite of Kanter's. KG has made a lot of young players who idolized him growing up cry when it came to facing him in real life.

Also KG seemed to talk even more trash (if that was possible) to foreign born bigs. So you had a recipe for something ugly. Enes's first year was the 2011/12 season where KG was one of the reasons the "old" Celtics became fan favorites around the world as they got within one game of making it back to the NBA Finals. So Kanter wasn't facing some washed-up Garnett.

Kanter on his podcast had nothing but good things to say about the soon to be Hall of Famer.

“My first year, my first two years. He was with the Celtics. I remember going to a game, the coach told us in the locker room, 'Don’t let KG get into your head.’ That was the first thing the coach told us, right?"

"And I remember playing against him when he was in Brooklyn, he was just talking trash so much. You know, I’d shoot the ball, he’d block my shot, he’d start talking trash. [It was the] best of KG the whole world talks about. But I mean I feel like going against him, it’s like a story to tell your kids. I mean obviously, KG was one of so many young kids’ favorite and idol. And I was like you know what, it was an honor to go up against him.”