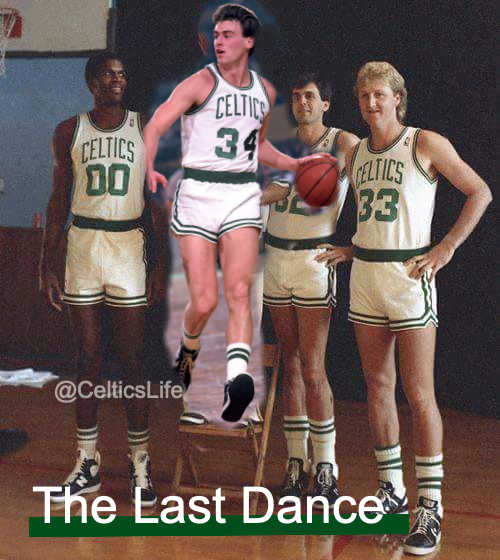 Still pretty crazy that as stellar as The Last Dance has been, someone at ESPN decided to include Steve Kerr on the cover art. He hit a huge shot in the prev Finals, but he was nowhere close to being the Bulls 4th most important player.

Due to the huge success of the ESPN documentary "The Last Dance" on the Jordan era Bulls and their final championship season, comes this leak of what definitely looks like the final draft of a similar documentary chronicling the last championship of the Larry Bird era Celtics.

In order to appeal to the younger generation that might not know who Bird, Kevin McHale, or Robert Parish is, ESPN decided to also include the 4th star of that team and current NBA head coach Rick Carlisle. Can't wait for this to come out!