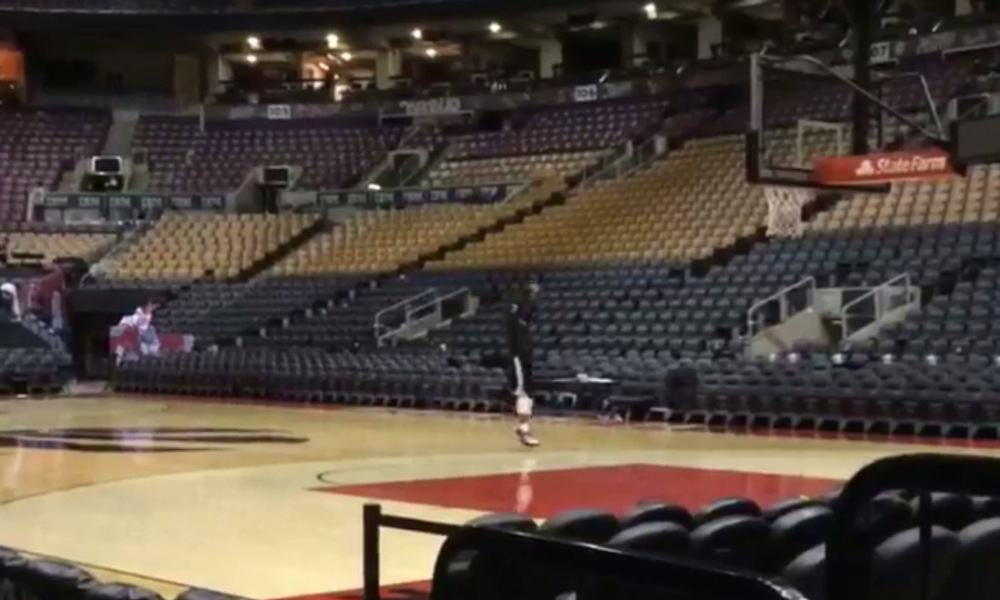 BREAKING: City of Toronto bans all public events until June 30.

Not a great sign for the NBA coming back before the summer, but a couple things to keep in mind:
1) The NBA is most likely to resume first by playing in smaller, fan-less neutral courts (so this wouldn't prohibit the Raptors).
2) There is always the possibility that Toronto ends the ban sooner if more progress is made in the coronavirus battle in the next couple months.

So yes this makes the potential NBA season resuming in June less likely, but doesn't affect it that much. Teams and players will also need some time too get back in shape. A spring training camp if you will. The Raptors could have this training camp anywhere in the U.S.

The NBA is trying very hard to keep this season alive. They are going to be creative with shorter series, neutral smaller arenas, fan-less games. I could see a play-in tournament in July that leads to shorter playoff series through the summer. If things get pushed back to August, then even shorter series. Til the end of August? Well than maybe just 1 game match-ups til the conference finals and then 3 game series for that and a 5 game series for the Finals. You get the drift.