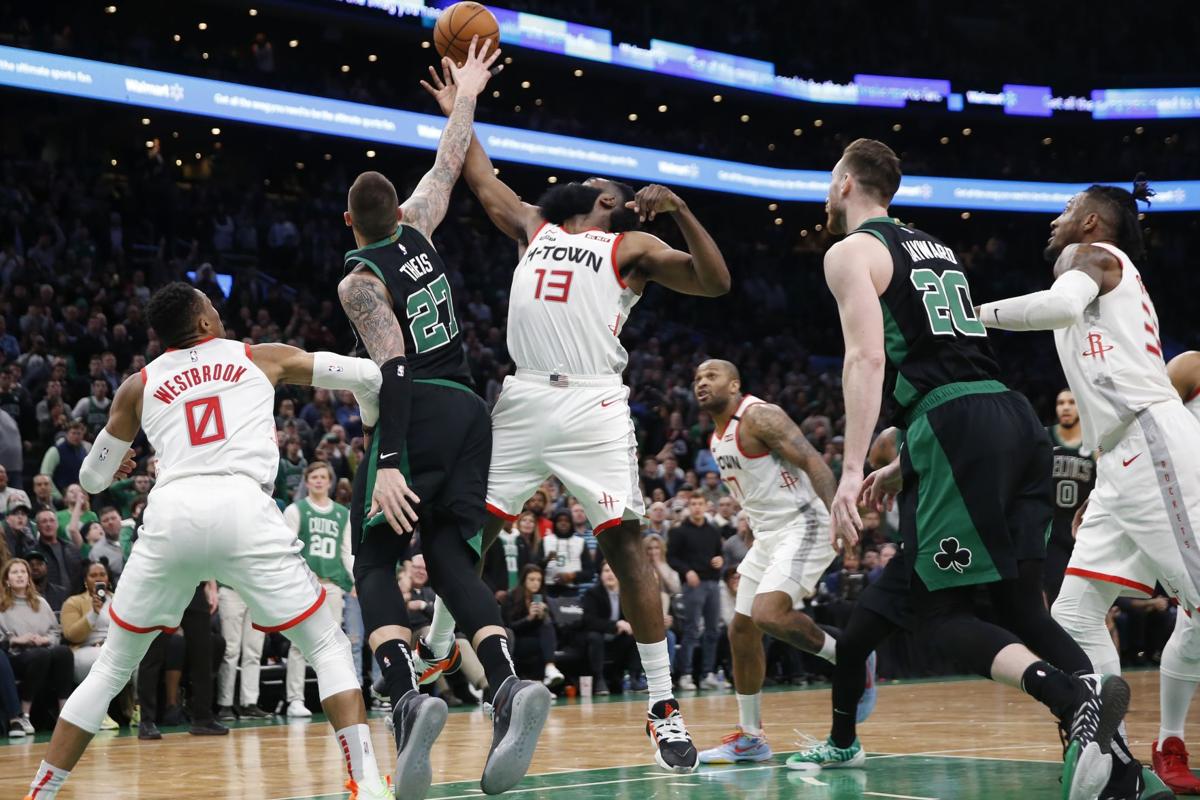 Pretty hard to win when your bench only scores 4 points and your team doesn't score the final 3 minutes of the game, but the Celtics were within another Jaylen Brown last second shot from taking town the surging Rockets. Alas the shot didn't go in and the Rockets win streak extends to six while the Celtics one is snapped.

Tatum had another superstar game while Smart and Brown both filled up the stat sheet as well. Daniel Theis continues to impress as the starting center. It was the bench that was non existent though. Of course if Kemba Walker was playing, Marcus would be coming off the bench and we'd have a great 6th man, but until then someone needs to step up.

Marcus cuts it to 1️⃣! pic.twitter.com/6MYoSC47N0

Paul Pierce couldn’t have been happier if he had scored that game-tying bucket himself 😂😂😂 pic.twitter.com/OvIqqzNp53

Coach Stevens explains the decision to not call a timeout before the final play
(presented by https://t.co/Av8GdCAzPA) pic.twitter.com/D2gYodZ3hf
— Celtics on NBC Sports Boston (@NBCSCeltics) March 1, 2020 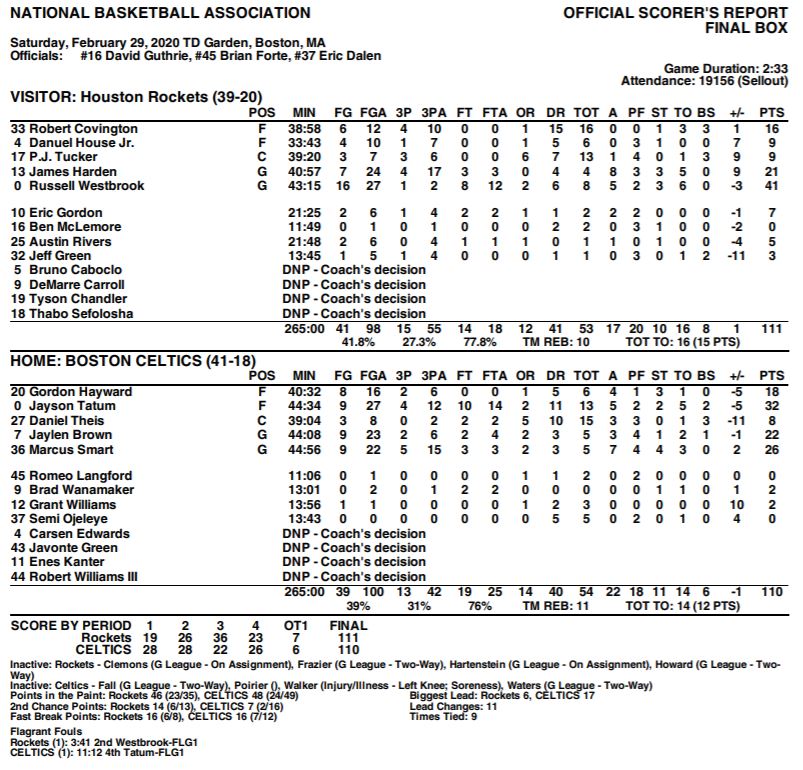