The “Algebra” of NBA Over-time Competition, circa 2020 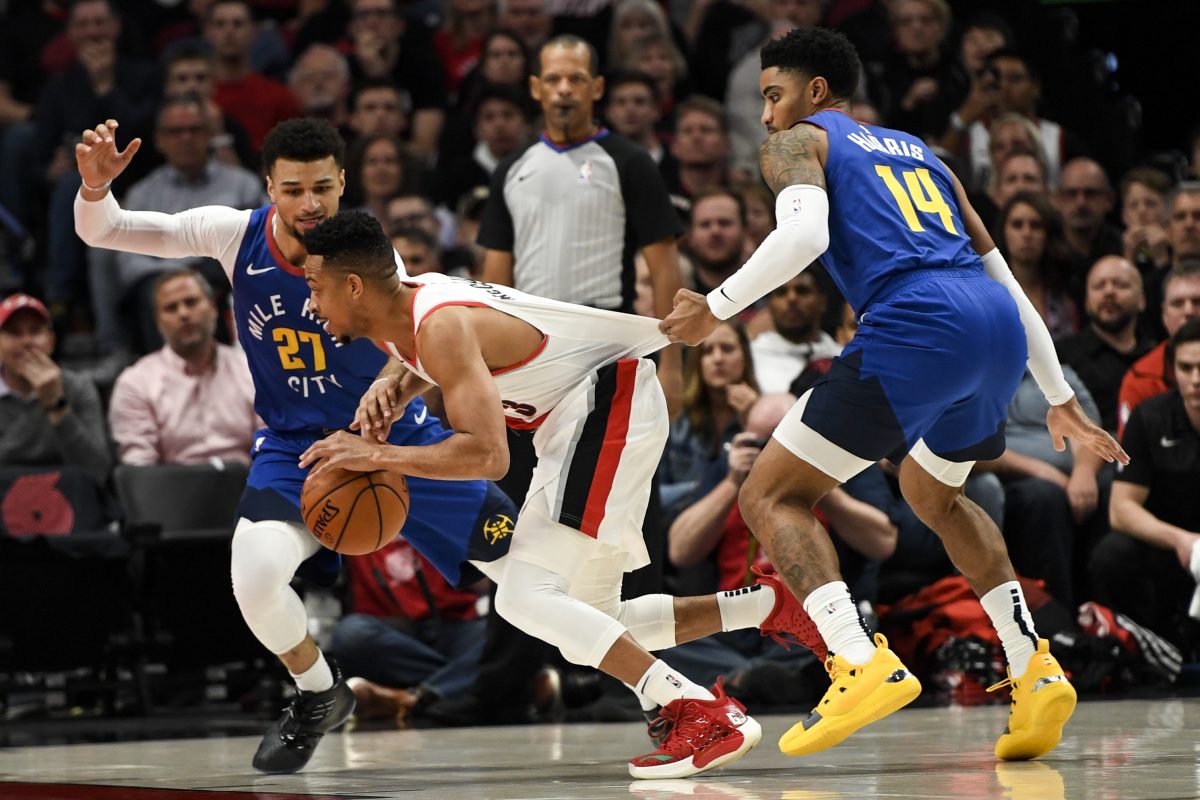 About a minute-and-a-half into Overtime last Monday in Minnesota, an old-fashioned three-point play by Sacramento backcourt man De’Aaron Fox pushed NBA OT scoring for the 2019-20 campaign to exactly 1,000 points … in reality, not a proportionally significant component (slightly over one-half of one percent) of the nearly 158,000 points that have been scored in the season’s first 98 “playing dates” and 712 games (through Wednesday’s play).

Wednesday’s Pacers-Bulls encounter in Indiana was this year’s 46th OT contest, two of which have extended to a second session – adding up to 240 OT minutes, the equivalent of five 48-minute games.

The Denver Nuggets and Golden State Warriors produced the season’s highest-scoring OT period two weeks ago, a combined 39 points … despite three missed FT’s, the Nuggets’ 21 points represents the season high, while GSW’s 18 has been the highest scoring OT output in a losing effort.

The Nets and defending-champion Raptors have each lost in OT while scoring a paltry two points in the extra session. And back on Dec. 6, the Spurs and Kings combined to convert just five of 16 possessions, for a mere NINE points worth of post-regulation offensive output – San Antonio scored three points in its last two possessions to eke out the victory even though Sacramento had FOUR tries at a game-winning hoop on their final possession.

In their double-overtime thriller (?) the day after Christmas, neither the T’wolves nor Kings cracked double-figure scoring in either “extra five” – despite coming up empty on their final five possessions, Minnesota salvaged a one-point victory.

Curiously, homecourt has offered virtually no advantage (24-22) in OT games this season. The initial center-jump is a much better indicator of success, the team earning the first possession going 33-13 (.717).

Who Plays How Much?

Eight teams stand undefeated in OT play, most impressively Miami (7-0) and OKC (4-0). Cleveland and Portland (both 2-0) and one-timers New York, Memphis and “LA-squared” round out that field … San Antonio (4-1) and Minnesota (5-3) along with Denver and Indiana (both 3-1) are worthy of honorable mention. Toronto and Charlotte stand 2-2, the Bulls and Suns 1-2, the Kings and Pelicans 2-3, Brooklyn is 2-4.

And while success at the foul line decreases infinitesimally, “per-game” FT attempts elevate by FORTY PER CENT (the equivalent of 32.1 FTA’s per game vs. the league average of 23.9).

Legendary UConn women’s hoop coach Geno Auriemma and the late Kobe Bryant became pals at the 2012 Olympics in London, two Philly guys a long way from home. Their friendship grew over time – in spite of Geno’s certainly bogus bragging of having whipped up on Kobe’s dad “Jellybean” on the playgrounds back in the day.

Gianna Bryant’s desire to play for Auriemma’s Huskies certainly pleased her Dad, who once praised his pal’s approach to teaching the game with these words:

“It’s way more important to teach players how to fish instead of telling them where the fish are.”