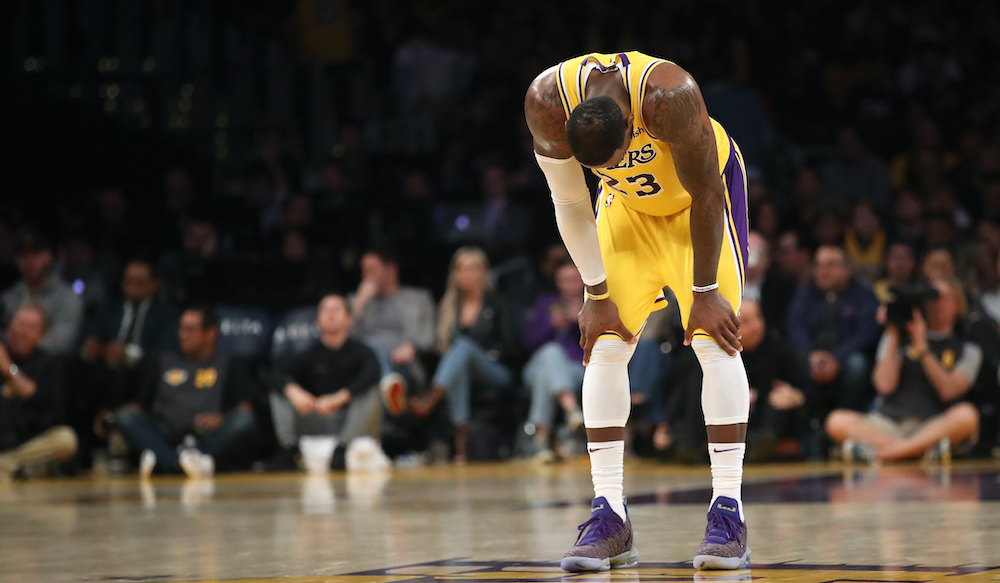 Let’s talk about the Los Angeles Lakers, shall we?

I was in Boston last week on business, and had a chance to watch the Lakers lose to the diminutive Houston Rockets on Thursday night on TNT. Now, as someone who used to coach this game (at the lowest levels imaginable), there was an obvious issue from the get-go.

The Lakers couldn’t guard the small ball Rockets. When Daryl Morey made the decision to trade Clint Capela, he knew what he was doing. He knew he’d be left with a roster of smaller guys from 1-5, all of whom were capable of getting shots up with speed and agility the Lakers couldn’t match. As a self-proclaimed Daryl Morey fan, I can’t help but applaud the fact that his BIG move was to get smaller. Especially when it was evident that the Lakers couldn’t keep up.

We all saw the memes.

And then AD scored a bunch of points, the Lakers couldn’t defend the arc, and the rest was history. Game, blouses. And then this tweet came down like manna from heaven:


Are the Lakers quietly in trouble?

Winless against the top 5 in scoring margin:

Now, The Lakers, indisputably, have two of the game’s brightest stars in LeBron James and Anthony Davis. Saying they’re in trouble may juuuuust be a bit of a stretch, but Micah Adams isn’t as far off base as it seems. They’re 40-12 and lead the Western Conference by three games. But is the Western Conference any good? The Lakers have an .818 winning percentage (27-6) against teams in the West, but only a .684 winning percentage (13-6) against Eastern conference foes. Broken down even further, 7 of those 13 cross conference wins came against teams in the absolutely dismal Southeast Division (108-158). Where the Bucks are 46-7 with an exclamation point, the Lakers are 40-12 with a question mark.

While they may just cruise to the best record in the west, they haven’t yet proven they can hang with the crosstown rival Clippers, losing both meetings in 2019-20. With two more meetings still to go in the regular season series and the possibility of a “Freeway Series” against the Clips come playoff time, it’s time to figure out who the Lakers really are.