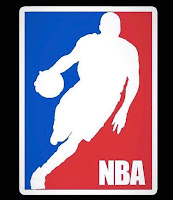 As the NBA world still grieves the loss of Kobe Bryant, players and fans continue to think of more ways to honor him. The 24 second shot clock violations league wide was a great touch. Trae Young wearing #8 to start his game on Sunday was heartfelt. I'm expecting a huge ceremony and night the next Lakers home game. I'm also expecting the NBA-All Star Game to be dedicated to Kobe and have a special presentation for him.

But as is often the case in current times, the social media world usually demands more. The big pushes are to change the NBA logo to a silhouette of Kobe instead of Jerry West and to retire either #24 or both #24 and #8. Paul Pierce was asked about both and endorsed both measures.

I remember being a teenager and I liked the fact that the Celtics retired my favorite Celtic's number when he died young. Reggie Lewis's death hurt and the retirement ceremony added some closure. But the truth is you can honor people MANY other ways besides not allowing anyone ever to wear the same jersey number. One of the reasons why young basketball players choose their jersey number is in fact as an honor to their favorite NBA players. Kids chose #23 because Jordan wore it. High school players will take the number of a fallen friend as a way of keeping their memory alive.

A true blessing to sports as a whole. You are a special person. Thank you for changing the game your name and legacy will live on forever. I’m wearing that 8 proud and in your honor! #8 #24 #KOBE #RIPGIGI my condolences to the other families as well. God Bless 🙏🏾

Requests by current NBA players to change from No. 8 or No. 24 to a new number in tribute to Kobe Bryant, like the Nets' Spencer Dinwiddie just did, will be reviewed by the NBA on a case-by-case basis, according to a source briefed on the process
— Marc Stein (@TheSteinLine) January 28, 2020

Spencer Dinwiddie has already announced he will be changing numbers from #8 to #26. The Mavs have decided to retire the #24. Now Dinwiddie has the right to honor Kobe anyway he likes, but I think it's a rash decision to retire these numbers league wide. The Celtics already have #24 retired for Mr. Clutch, Sam Jones. Kemba Walker wears #8, because his #15 was retired for Tommy Heinsohn.


I honestly don't see the logic in retiring numbers. Honoring the players? Most definitely. Raising their jersey to the rafters? Good idea for a team's all-time greats. But the permanence of banning future players from wearing a number because that was the only way you figured you could fully honor a past legend seems lazy.

And as great as Kobe was, I don't think that changing the logo for him seems appropriate. Jerry West was rather great as well, especially if you combine his front office work post playing career. Also, if you make Kobe the logo, what happens if another star dies young? What will happen when legends like Magic Johnson, Larry Bird, Michael Jordan, or Bill Russell pass? Will the logo constantly be changed? Or does the honor only happen if you die in your 40's? 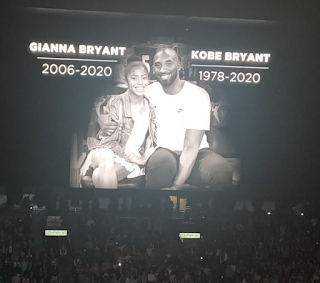 Personally I think the NBA logo is fantastic and doesn't need to be changed. Then again I like the Celtics traditional uniforms and think a lot of the alternate ones are borderline eyesores. Guess if the logo was ever to change I would think it would be for Michael Jordan. But even with that, I feel like MJ has been honored so much, does he really need the logo too?

I think we have too many debates on stuff like "Who is the GOAT?" as opposed to just appreciating many players. The need to put anyone on as the logo seems aggressive. When I was a kid I didn't even know the logo was Jerry West until someone told me. Just thought it was a person playing basketball. Seemed fine to me.

I'm all for continuing to honor Kobe now, at the all-star game, throughout the rest of the season and the playoffs and his Hall of Fame induction this summer. No disrespect to his greatness. But hopefully the NBA and teams take some time to think things through before they make a reactionary of the moment decision. How people honor someone is very personal. You don't get some special award for coming up with the most grandiose way to honor someone, nor should you pressure others to agree to your said grandiose idea.


You really want to honor Kobe? Well let's make sure to take care of the handful of broken families due to the helicopter crash. I was reading about one father who lost his wife and now has three young kids to parent and support on his own. Three other families, including Kobe's, lost either one or both parents and siblings/children. Then there is the pilot's family.

Also Kobe loved basketball and was a great advocate of women's basketball. Focus on that. Focus on fathers playing sports with their daughters. Focus on things that Kobe would actually want.