How far can the Celtics go in 2020 playoffs? 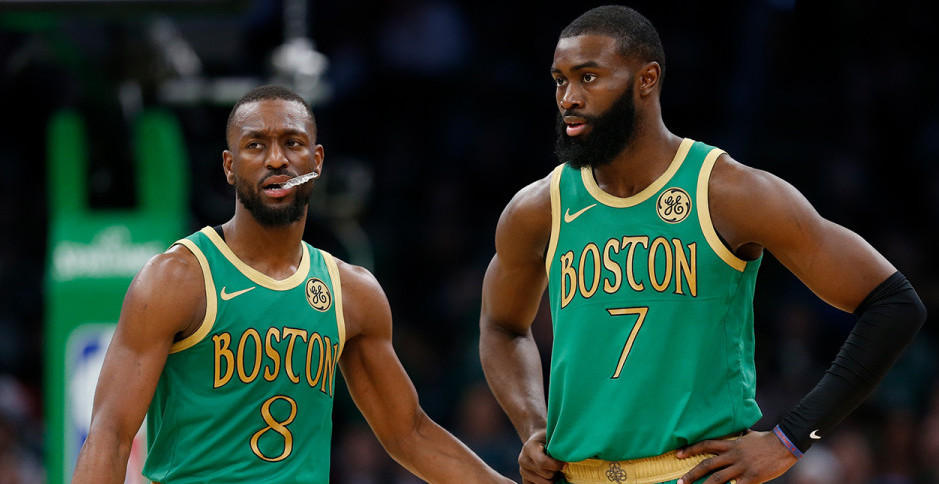 Celtics were brutally stopped in the Conference semi-final last time around when Milwaukee Bucks stormed past them just five games. The fans certainly expected a more significant resistance from a side that had previously swept Indiana Pacers in the opening round of the 2019 play-offs. Nevertheless, the team made some important changes after the mentioned loss entering the new season with a different key man at point guard. Betting Tips 4 You, leading sports betting tips site, are estimating Brad Stevens' team chances of making a deeper run in the 2020 NBA playoffs halfway through the regular season campaign.

What Boston lost in between the two seasons?

Before we move on to the C's chances of going all the way in the East this season, let's quickly remind on what they had lost last summer. The first man to cross our mind is Kyrie Irving who left for Nets in a three-way deal between Boston, Charlotte and Brooklyn. He averaged a career-high 6.9 assists per game last season and was certainly the dominant figure in the roster. However, the other players did not get too much time for themselves whenever Kyrie was on the court which is why his departure does not necessarily have to mean a downgrade for the team.

The other two huge departures should have left an impact on Boston's defense as the likes of Al Horford and Aron Baynes were the key figures at the opposite end of the floor for the Celtics. We’ll also mention the likes of Terry Rozier and Marcus Morris who do play significant roles in their new teams (Charlotte Hornets and New York Knicks) this season.

The new players and their impact on the team

Looking at the talent, everyone would have said that Celtics lost in between the two seasons. However, the reality might be somewhat different as there are signs that this Boston team is much more capable of hurting the other Eastern Conference giants (primarily Milwaukee Bucks and Philadelphia 76ers). Brad Stevens is someone who prefers to get the most out of a limited squad rather than to deal with a loaded roster. The new Celtics squad is certainly more limited than the last season's, but they still possess the immense talent and are capable of causing troubles to any team in the league on their day.

Kemba Walker had a huge usage rate (31.5) last season at Charlotte Hornets, but we must say that he did not have too many scoring options to share the ball with there. Kemba is the leading figure of the new Boston squad, but his usage rate is significantly lower compared to his times in the Hornets. Midway through the 2019/20 season, Walker tops the team's scoring and assists charts. He averages 22.5 points per game and 5.2 assists per game. Nevertheless, he seems to be a perfect match for the other stars in the team as both Jayson Tatum and Jaylen Brown look to be enjoying their time on the floor with Kemba on the point guard. Both Tatum and Brown are averaging more than 20 points per game.

Boston were expected to struggle down in the paint defensively after the departures of Al Horford and Aron Baynes. Enes Kanter, who arrived from Portland Trailblazers, is anything but a valuable addition to the defense. Nonetheless, the Turkish center regularly delivers around nine points and rebounds per game.

We also have to mention Gordon Hayward who finally looks ready to help the team in the postseason. He averages 16.7 points and 6.3 rebounds halfway through the campaign. To sum it all up, we can clearly notice the team’s impressive depth. Furthermore, coach Brad Stevens has created fantastic chemistry in the dressing room.

The consequences of Boston’s brilliant chemistry can be recognized in the team’s performances on the pitch at the start of the 2019/20 season. After 34 matches, the team sit second on the East with a 25-9 record. This is the third-best record in the entire league as only Milwaukee Bucks and Los Angeles Lakers were better so far. The team has the third-best defensive rating in the entire competition as they allow 104.2 points per match.

To make it all look even more promising for the Celtics fans, the team improved their performances with each month so far in the season. They had better overall numbers in December than they had in October in terms of points scored, field goals, 3-point field goals etc.

Boston are on the best way to finish the season inside the top three on the East. They are five wins ahead of Philadelphia 76ers and could potentially even dream of the second-place finish. It would give them the home-court advantage all up until the Conference finals and it would also move the Bucks away from their way before the finals.

Speaking of the home-court advantage in the playoffs, it can play a massive role for Brad Stevens' troops. They have a fabulous 14-2 record at TD Garden so far in the season and will no doubts be a very tough nut to crack for any team out there in the postseason. Our final answer is yes – this Celtics team has what it takes to beat the last season's result and reach the Conference finals.