Bad Omen: Nearly half (6 points out of 14) of Chicago’s Q1 offensive output was the direct result of a Boston Turnover – on three consecutive trips down the floor, and within the game’s first three minutes … and counter-intuitively, none of the triggering miscues was a “live-ball” TO.

The C’s were four-for-four from the floor with four TO’s after just eight possessions.

Interestingly, Coach Stevens chose to let his starting unit ride out that little storm – wisely, as it turned out, since that little “running of the Bulls” produced the game’s only ties (3) and lead changes (2). A couple of Jaylen Brown FT’s at the 7:11 mark – ironically off a Chicago TO – put the Celtics in the lead for the remaining 85 possessions.

In Monday’s game, Boston posted a superior FG%, more total rebounds and fewer Turnovers … the last time a team lost under those conditions, a center-jump followed every successful shot and the TO had yet to be invented. 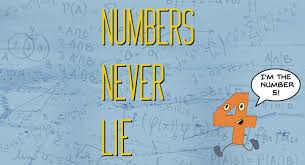 The C’s have shown such across-the-board dominance on seven other occasions in this nearly half-season, including three times on the road. They’ve suffered this indignity but once – alas, last week against the Embiid-less Sixers.

As the 2019-20 season eases into its mid-point, we can expect discussions regarding player mobility (i.e. deadline trades, buy-outs, and such) to accelerate – “Where Goeth Iggy?” likely the steamiest pot on the NBA’s Hot Stove.

Maybe one of Mr. Iguodala’s former Philly mates from the pre-Process days – a guy Ainge etal got a peek at last night (Hint, hint!!) – ought to be on the “Whereunto?” list as well … assuming the price is right, might not the veteran presence of Thaddeus Young be a useful addition to the C’s frontcourt rotation for this season’s stretch run?