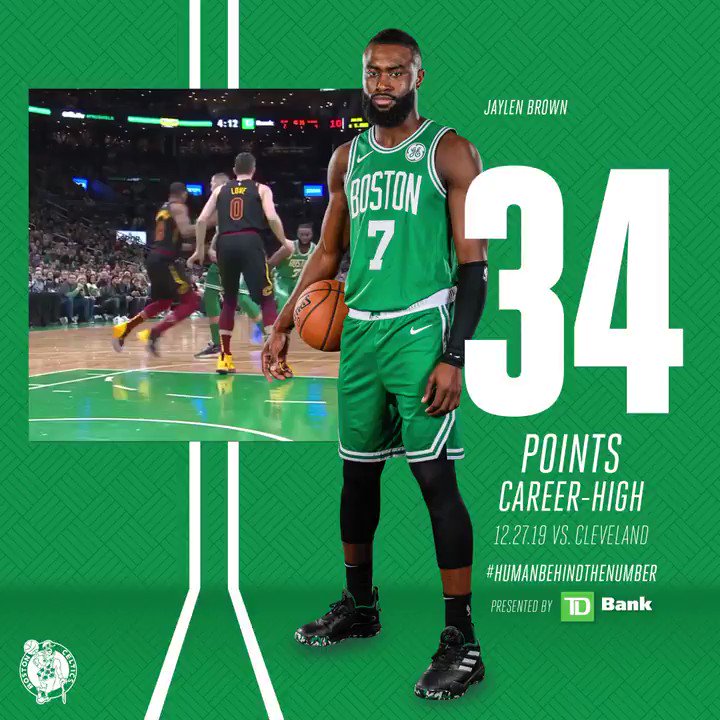 Another game, another glimpse of a Celtics Jay becoming a star. Today it wasn't just one of them though. Jaylen Brown finished with a career high 34 points (with a helping of 9 rebounds), while Jayson Tatum was no slouch with his 30 points and 5 rebound performance.

On combining with Jayson Tatum for 64 points, Jaylen Brown says, "We did what we were supposed to do tonight."

Obviously the young duo of Bill Russell and Tommy Heinsohn went on to win a couple hands worth of rings, but being compared to Paul Pierce and Antoine Walker is no insult either. It's looking like the sky is the limit for Brown and Tatum right now.

Enes Kanter also had one of his best Celtics' performances with 14 points, 9 rebounds, 3 assists and a pair eachof blocks and steals. Kevin Love led the Cavaliers with 30 points in their losing effort.

.@FCHWPO & @jaytatum0 both dropped 30+ today vs Cleveland. Here's @EnesKanter reminding you to vote & send them to the #NBAAllStar game

The Celtics built up a 15 point lead at the half and just cruised after that to their thirteenth win at home (to go with only one loss).