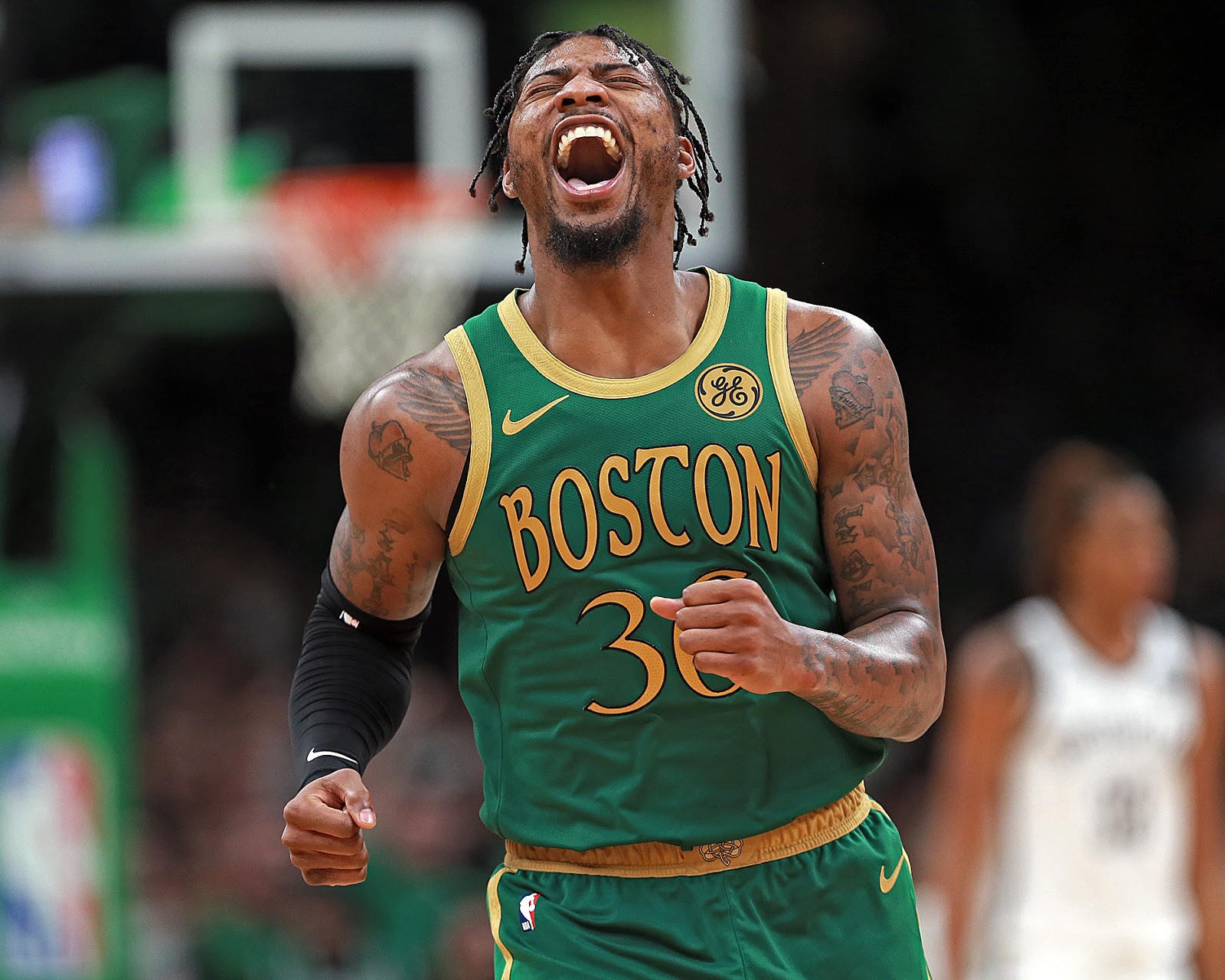 #NEBHInjuryReport for tomorrow vs Cleveland:

Some good news on the Celtics injury front as our defensive anchor Marcus Smart is being listed as "questionable" for Friday's match-up with Cleveland. Smart has missed the Celtics last seven games. According to Smart and his doctors the injury was a lot more serious than many might have believed.

“It was the worst pain that I’ve been through in a very long time.

Smart said doctors initially thought he was having some kind of allergic reaction, but that was ruled out after the issue spread to from his left eye to his right eye, and he was diagnosed with viral conjunctivitis. He said doctors told him it was the worst case they had ever seen.

The greatest concern, Smart said, was that the virus could spread to the back of his corneas, which could possibly cause permanent damage to his vision.

“It was painful, it was burning, it was really hard,’’ Smart said. “I couldn’t see. I had outdoor sunglasses everywhere. Even in the dark, I was wearing sunglasses. It was that bad.’’


Marcus goes into even more vivid details at the link provided. Needless to say, quite an ordeal for Smart and we're glad that the worst is over and he was treated before things could of gotten worse. Personally if I was the Celtics, I'd tell him to take tomorrow off, since the Cavs suck, but it will be exciting to see Smart back on the court whenever that is and it sounds like it's pretty imminent.