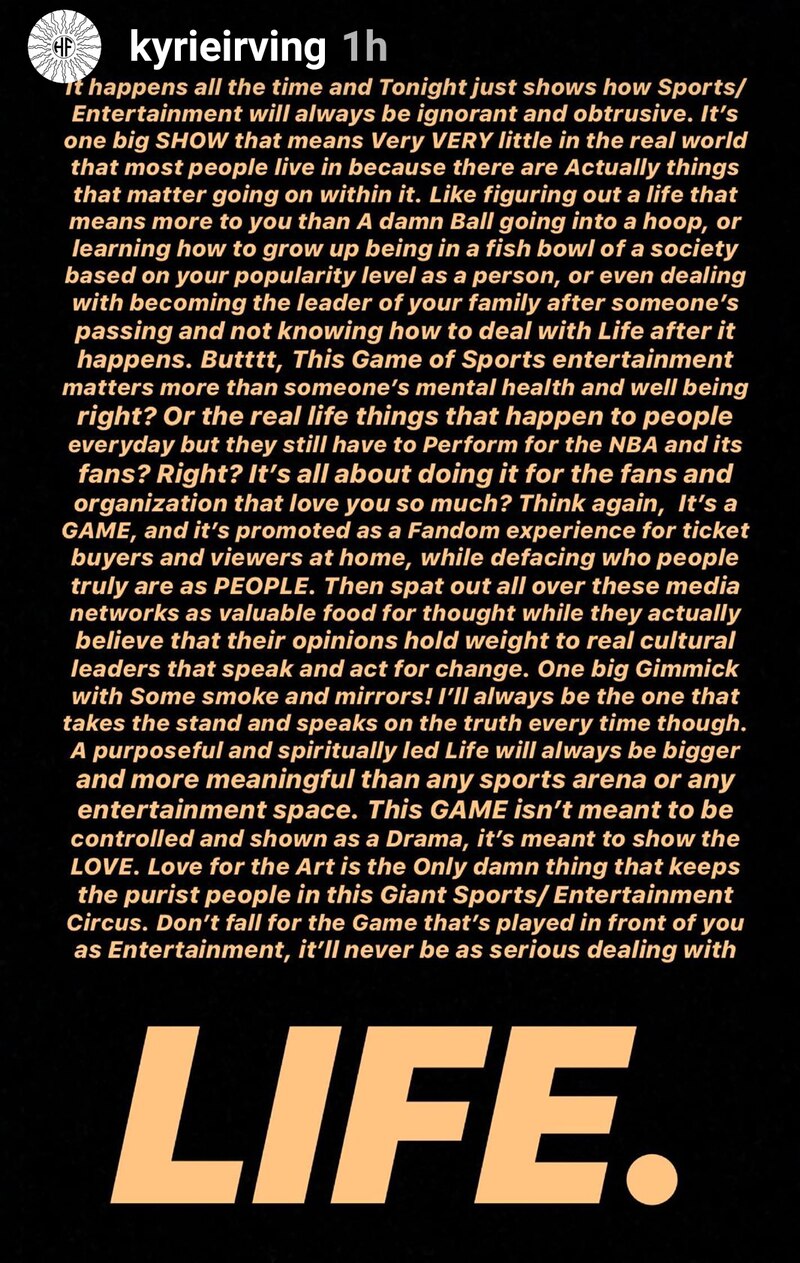 Kyrie Irving may not have been in Boston for the much anticipated Nets/Celtics match-up, but Boston fans still let him hear it. And Kyrie Irving apparently heard it all 200 miles away. 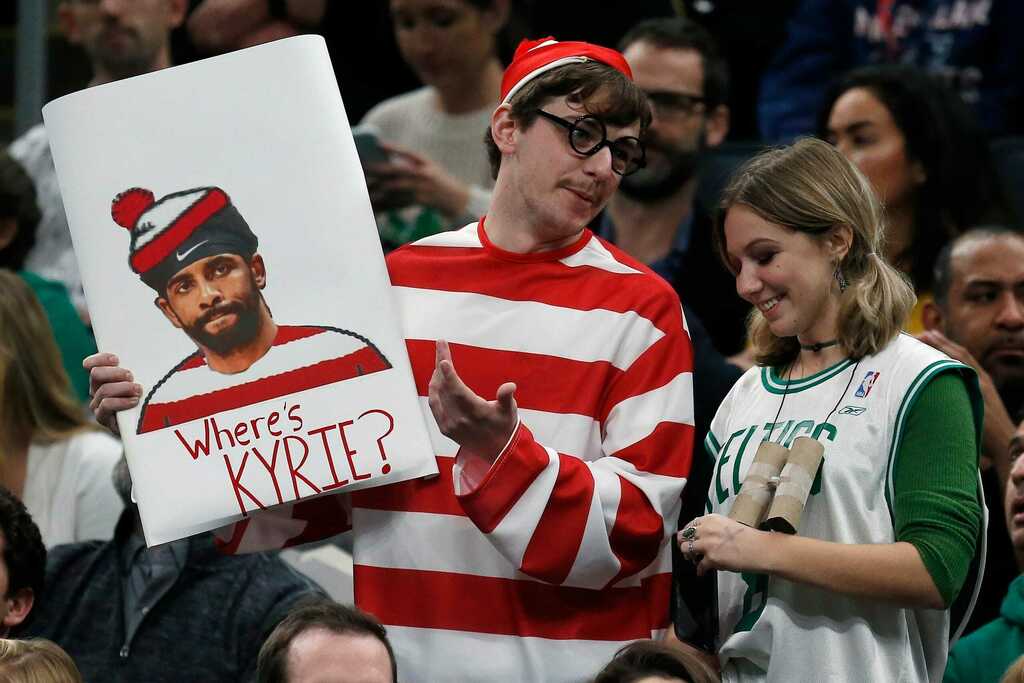 These fliers are posted on poles across the street from TD Garden. Kyrie Irving will not play tonight in Boston. pic.twitter.com/csk2mC3cuI
— Malika Andrews (@malika_andrews) November 27, 2019

Not going to spend my whole Thanksgiving trying to decipher everything what Kyrie is saying. Some have called him a pseudo intellectual. That's up to you to decide. He obviously thinks very highly of himself and definitely gives off the vibe that he's looking down on you, you round earth believing Celtics fan. Obviously he's also very sensitive, so as where other players would just shrug off the heckling as part of the game (Jarrett Allen even said he thought it was going to be worse), Kyrie is going to react.

Irving does bring up mental health, and if moving to Brooklyn is best for his well being, more power to him. Just might be better for all involved if he didn't talk down to fans in such a condescending way. Anyway, it's Thanksgiving, and I'm thankful Kemba Walker is the Celtics starting point guard.