“What he does really well, even better than that, is he stops on a dime. Johnny Most would be very proud of him … Brad creates really good leverage for him and he reads screens so well that he can get downhill. With the big body and the ability to really handle like a guard, tough matchup for everybody and he’s playing like he did before his injury.” 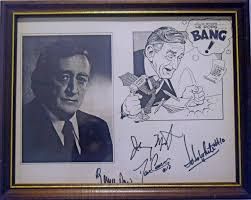 In a game when Coach Beilein’s pesky Cavs refused to go away despite trailing for the final 46:46, Gordon Hayward had plenty of answers. Ten of his 17 FG’s, one of his two trips to the foul line, and two of his eight assists came immediately in response to a Cleveland conversion.

Through four games – and despite standing -20 in Total Rebounds – the C’s had attempted 57 more FG’s than their opponents. In their last two outings, they’ve attempted 30 fewer FG’s and been outperformed by six caroms off the backboard.

Through six games, opponents have earned nine more foul shots than the Celtics, 1.5 per game. Last season, that per-game differential in FTA’s was -3.34 (No. 27). 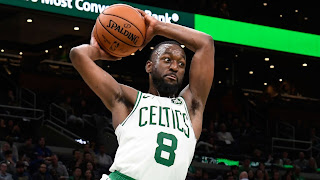 Kemba Walker is averaging six defensive rebounds over the last three games – after grabbing but six total D-boards during the first three.

During his pre-game chit-chat with the media yesterday, Coach Stevens seemed a bit befuddled on the matter of Enes Kanter, noting that he’s not yet ready to play but acknowledging that he’d be active ??