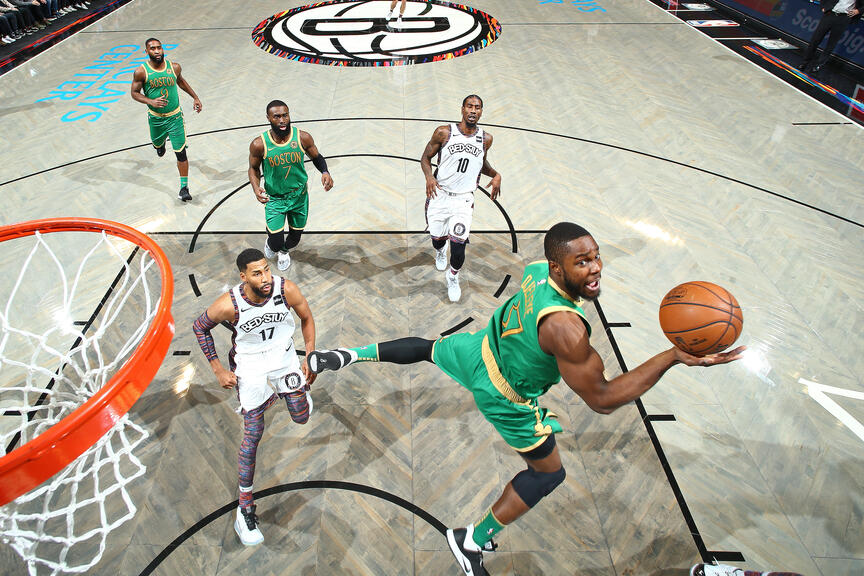 Here’s what needs to happen at practice tomorrow – whether occurring in the Big Apple or back home in Brighton:

Marcus Smart will politely but firmly request that the coaches depart – Players Only (but not NBATV-style).

Those players only need to sit down and watch film, specifically the first 6:07 of Q1 and the final 6:27 of Q2 from today’s game … Brooklyn offensive possessions only.

In actuality, the second portion of game tape may be sufficient. It will reveal the Nets converting nine of 15 possessions – one of the “stops” a buzzer-beating heave in the waning tenths of a second – good for 22 points on 8 – 12 FG shooting (5 – 8 on treys).

Coach Kenny Atkinson’s Nets had begun the afternoon’s festivities on a comparable run, with eight converts in 14 tries worth another 22 points.

During that 12:34, Brooklyn was scoring at a rate of 151.7 points per 100 possessions. That the sort of scoring that tends to occur only during the for-entertainment-only All-Star Games of this current era.

(Perhaps the most disturbing part of this whole thing is that during the Nets’ Q2 close, they were able to increase their lead by a measly two points. Nonetheless, such tit-for-tat performance does not befit a contending team.)

It’s said that during the Celtic dynasty days, Frank Ramsey would address the team at the opening of training camp, writing the dollar amount of a player’s championship “share” from the preceding season on Professor Auerbach's chalkboard.. 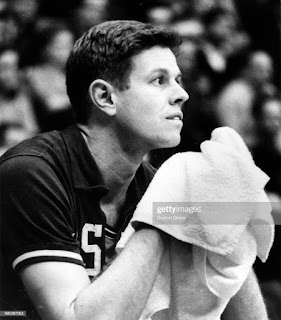 His message to the newcomers was, If you mess up or get lazy, you’re screwing with my money and there will be consequences.

I’m relatively certain that the current Celtics' de-facto captain is capable of producing similar productive anxiety with this group of teammates.

Yesterday’s Thanksgiving Recess is a relatively-new innovation to the NBA’s annual calendar, less than a decade old. The Hawks and Clippers won comfortably at home (over the Wizards and Kings, respectively) nine seasons ago in the Association’s most recent Turkey Day tilts.

A codicil to the vitriolic “stare-down” between the league and its employees that delayed the start of the 2011-12 season until Christmas Day was the creation of an open date Thanksgiving … on the surface, a family-friendly gesture on management’s part, similar to the more traditional “dark day” on Christmas Eve.

But as the league was making this concession with one hand, with the other they were beefing up the slate of games on the surrounding Wednesday and Friday – 28 teams suited up to play two days ago, 26 are scheduled for Friday play … 24 squads play both Wed. and Fri., 22 teams have a road game on at least one of those days, five (Bulls, Clippers, Hawks, Jazz, Wizards) travel to both contests.

On the bright side, the Blazers, Cavs, Grizzlies, Nuggets, Pacers, Rockets, Spurs and Suns faced no travel at all – Houston is off today, and Denver enjoyed a full three-day holiday break (unless they practiced).