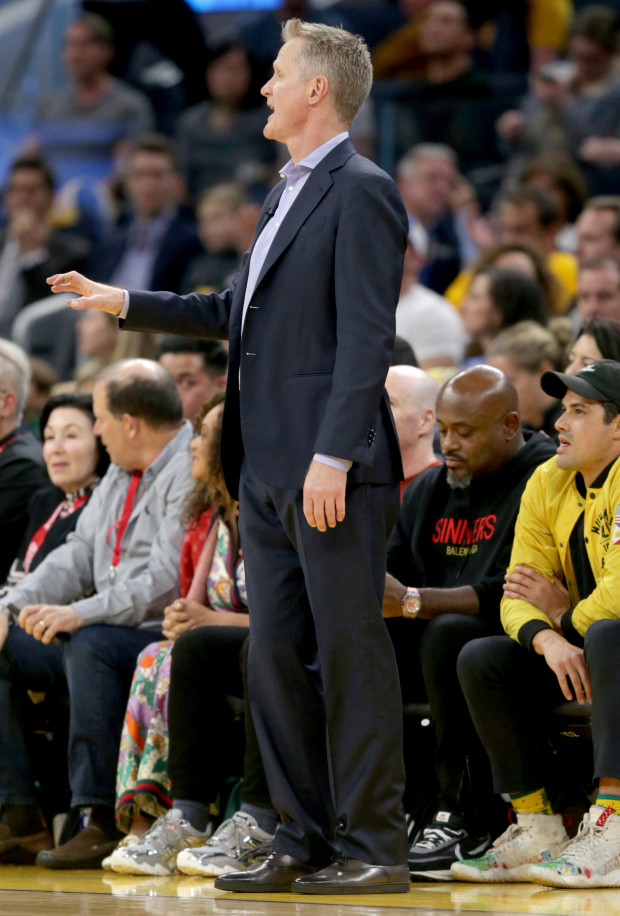 Everything about this game just screamed “Upset Alert – Watch Your Step!”

The Warriors under Steve Kerr have never encountered lower expectations – down-graded by the loss of Steph Curry from Potential Playoff Spoiler to Are we tanking? status – and they were coming off a sloppy effort in a one-sided loss to the Lakers.

The C’s shooting touch didn’t translate immediately to West Coast time (30% from the field in Q1), so Steve’s young guns began to think they had a chance.

The game ultimately turned on a curiously collaborative Celtic effort. 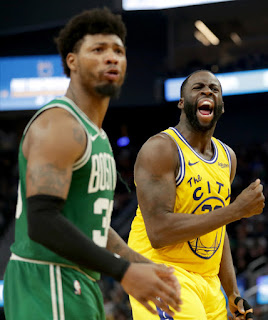 A typically clutch Marcus Smart hustle play kept alive a missed Daniel Theiss FT … or did it? Well, not until Brad Stevens chose to utilize his new coaching “toy” and successfully challenge the official ruling.

Jayson Tatum added the final touch on the resultant center jump, “intercepting” Willie Cauley-Stein’s tip for a breakaway “flush” and non-refundable Boston lead with a minute-and-a-half to go.

Coach Stevens notched his fifth career victory (against eight losses) over the dynasty of the decade … four of those triumphs have occurred in California.