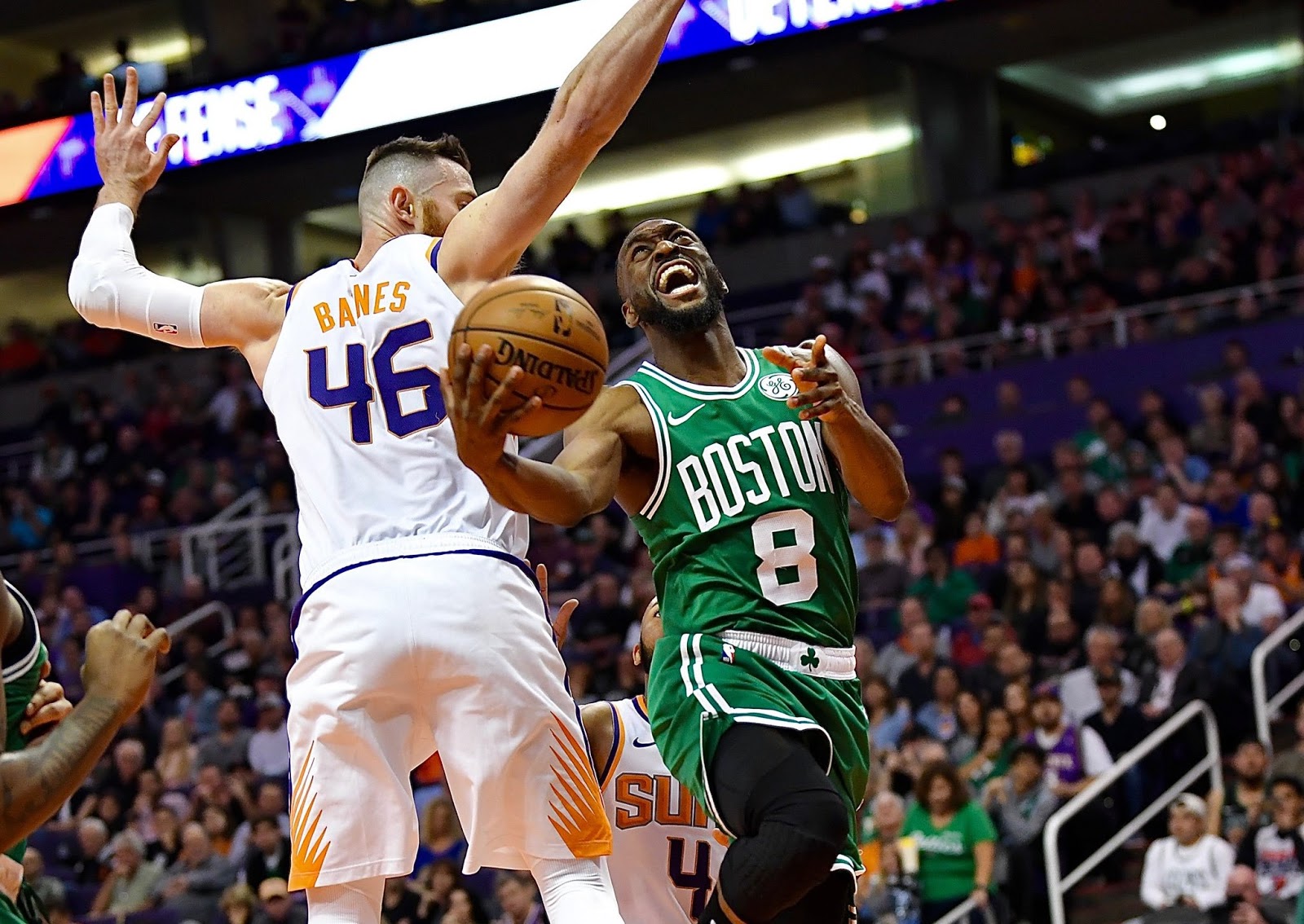 On the second night of a back-to-back, the Celtics traveled to sunny Phoenix to take on the 7-4 Suns. Coming off their first loss since October 23rd the night before, Boston was looking to avoid another west-coast defeat against a rejuvenated Phoenix lineup that included former Celtics big man Aron Baynes.

After a lackluster start, the Celtics were able to use a big run late in the second quarter and never look back, powered by a strong performance by Celtics forward Jayson Tatum (26pts, 11rebs).

It was another slow start for Boston in this one - a trend that is starting to become a bit worrisome. They converted on just one of their first ten shots (0-5 from three) and looked all out of funk. The two J's -- Jayson Tatum and Jaylen Brown -- were especially cold out of the gate, struggling to find the bottom of the net.

Meanwhile, the Aron Baynes revenge game was already in full effect. The Aussie has been having himself a huge start to the season, and he was showcasing some of his value early on against Boston. He did a little bit of everything on the court, including dishing out some nice dimes to his teammates.

Despite the slow start, the Celts were able to stick right in the game until their offense came to life - which it did later in the quarter:


All it took was a few shots to fall for the Celtics to get right back in the game and take the lead.

The Celtics offense was completely resurrected by the second quarter. Marcus Smart continued to make plays, despite some debatable shot selections (but at least we're used to that!). Smart finished the half as the team's leading scorer with 14 points.

Kemba Walker and Tatum also found their stroke in the middle of the second, converting on some nice moves that looked notably smoother than earlier in the game. They combined for 25 of Boston's 57 first-half points.

The green team's defense looked even better in the second, managing to contain Devin Booker fairly well. But again, it was Baynes that was giving them some problems:

Despite Baynes playing like a beast, Boston kept turning up the pace as the game proceeded. They finished the half on a 20-4 run, capped off by this beautiful buzzer-beating layup by Kemba:

The beginning of the second half was dominated by young studs - Booker, Tatum, and Brown exchanged many baskets, which was fine with Brad Stevens since it meant the Celtics were holding onto their double-digit lead. Between the three of them, they scored 16 of the 21 first points of the half.

Tatum in particular had himself a night. The 21-year-old poured in 13 of his 26 points in the quarter and took effective shots in the process, knocking down a trio of threes and a pair of shots right at the rim including this slam:

JT was grabbing boards for Boston as well, registering his second double-double before the end of the third and helping his team maintain a solid lead.

The Celtics strong defense and capable offense put them in a great position going into the final frame, allowing them to coast the rest of the way. While the starters stayed hot, the Celts got a very nice half from Brad Wanamaker - likely his best of the season. The backup guard was active all over the floor, putting up 10 points, six assists, and three steals on the night.

99 points was all it took for Boston to sink the Suns in comfortable fashion, as the Celtics waste no time to get back in the win column.