Boston Celtics rookie Carsen Edwards was the talk of social media during last Tuesday's final pre-season game against the Cleveland Cavaliers, where he ignited the team in the third quarter, hitting 8 three pointers in a span of less than 6 minutes.

But Carsen's slick shooting wasn't the only thing fans were discussing. NBC Sports Boston's media team helped fuel discourse regarding Edwards' massive quads with on-screen graphics such as this one: 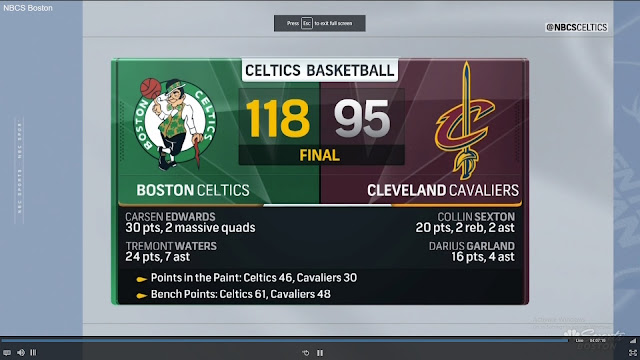 A movement to change the Celtics' social media hashtag from 2018's #CUsRise to #CUsThighs was put into motion:

In preparation for Celtics' opening night, sit back and watch the video below that pays tribute to Carsen Edwards, his sculpted thighs, and the "Dirty Dancing" soundtrack.