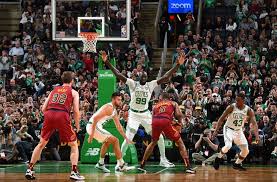 Admittedly, it’s risky to attach very much significance to any sports league’s pre-season “exhibition” play – that portion of the calendar exists nowadays to generate revenue and promote the teams and players … really no different from the NBA’s formative years of weeks-long barnstorming tours, just conducted on a much grander stage.

Nevertheless, these glorified scrimmages are all we’ve got, so let’s take a glance at some numbers and trends.

Last season, for instance, the C’s attempted 274 fewer free throws than their opponents, a differential of -3.34 per game, fourth-worst league-wide. The bad guys earned 109 more Conversions at the Free-throw Stripe (804 – 695).

In the matter of Turnovers, Boston averaged about 13 per game last year, its opposition just over 15 – while in four exhibitions the teams are collaborating to commit a miscue a minute. And of their 176 combined TO’s, there have been 36 ball-handling violations (travel, double dribble, discontinued dribble, even one palming call). 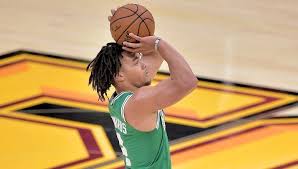 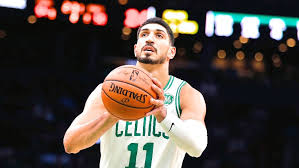 For this pre-season, second-chance opportunities (nearly 15 per game) have been more plentiful compared to last year (12 per).

The Celtics ran down about seven more defensive rebounds per game than “they” did – but “they” kinda made it easy by bricking about 10 more tries a game.

On this date 59 years ago, Oscar Robertson launched his professional basketball career in the Cincinnati Gardens with – what else – a triple-double (21, 12, 10).

But did you know that a rather anonymous teammate by the name Bucky Bockhorn came within one assist of matching Robertson’s feat?

(Of course, who the hell knew what a triple-double was back then – maybe a base-running gaffe??)