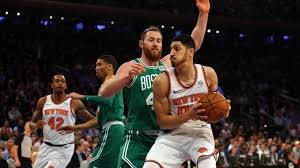 Over the past two NBA regular seasons, there have been 25 different players who have snatched 20 or more rebounds in a single game at least once. The list ranges from a legitimate MVP candidate like Giannis Antetokounmpo, to a one-trick-pony like Tristan Thompson, to a “Who Dat?” like John Collins or Mitchell Robinson – even includes a certifiable knucklehead (Javale McGee). 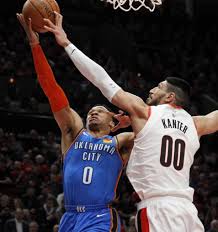 The milestone was reached in both seasons by 11 players, most notably Andre Drummond (35 times) and DeAndre Jordan (19). The shortest player to turn this little trick – one time in each season – is Russell Westbrook. (The only other “guard” to record a 20-rebound game over the last six seasons is 6’10” Ben Simmons.)

Since Brad Stevens assumed the reins of the Celtics in 2013, only one of his players has delivered – on two separate occasions – a 20-rebound game … alas, Jared Sullinger hasn’t suited up in a while.

But Boston’s three-year drought in 20-board performances is apt to end with this summer’s acquisition of Enes Kanter. Laboring for four teams through eight NBA seasons, the 27-year-old Kanter has scored about 12 points and grabbed seven or eight rebounds a night in his near 600 games, in the process posting a quite acceptable 54 per cent rate of accuracy from the field.

From time to time, however, Enes the Menace morphs into Enes the Swiss Army Knife – and the bellwether for such a transformation is HIS hands finding the ball coming off the glass.

Check out the former WWE 24/7 Champion’s stat lines for his six career “20-20” games – and yes, our new “big” has indeed scored at least 20 points each and every time he’s secured at least 20 rebounds: 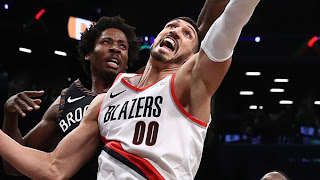 Another set of numbers from the above chart catches my eye – Minutes Played.

Enes logged an average of 37 minutes per game for that small sample – though he’s averaged only 22 minutes for his career, never surpassing 30 minutes per for a full season.

In an Era of Load Management, it’ll be interesting to see how much run Coach will give to guy who – in terms of chronological age – should be entering his prime.