Schedule check-up: Celtics will travel more than any other Eastern Conference team 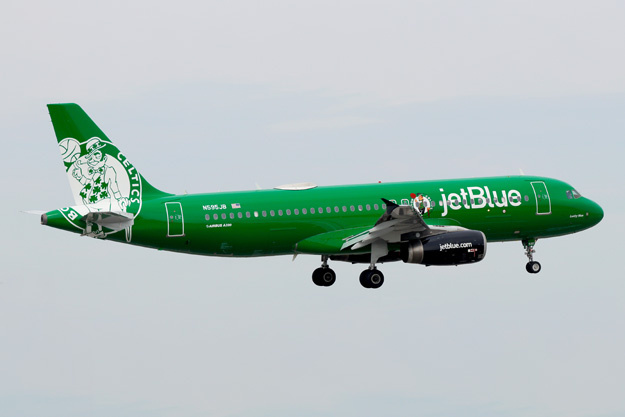 If you’ve been on Twitter or have been reading CelticsLife, you know the 2019-2020 NBA schedule dropped yesterday at 3 p.m.

You’ve looked to see when Kyrie Irving comes back to town.

You’ve taken a gander at when the Celtics will play their rivals.

You’ve wondered how many nationally televised games they will play next year.

You’ve seen whether or not the C’s will be playing on any holidays.

You may have tried to count how many back-to-backs they will have to endure.

And if you’re like me, you’ve checked to see if they play on your birthday or anniversary.

One thing that you may not consider from jump street is how much travel the Celtics will be up against. Teams that log a lot of travel miles will need to consider more load management days for their players. And for Brad, less practice time during the season.

The Celtics will travel just under 50,000 miles throughout their season, which is good for fifth in the NBA. Most years, teams out west will assume the top of a list like this because the big markets are more spread out on the other side of the country. Portland is often a team that gets screwed the most and they find themselves facing the fourth most travel in the upcoming year.


I know, I know... The guys in today's NBA are flying on the best planes and eating the best food. Its not like they are jumping in a bus and traveling without heat or air conditioning, but there are some oddities in the schedule.

The Boston Celtics will travel the most miles of any Eastern Conference team, checking in at just under 50K miles. (H/T @EdKupfer)

Some weird one-game travel in the schedule for the Celtics, including 3 separate trips to Texas (one includes a stop in OKC).


In a stretch in November while on the road, the Celtics go from California-to-Phoenix-to-California to play three games in four nights. Its not a large deal to jump from California to Phoenix, but it is weird nonetheless. The weird scheduling continues in January as well, when the C's go from Orlando-to-New Orleans-to-Miami. Again, not a lot of miles, but still an oddity.

So, what does it all mean?