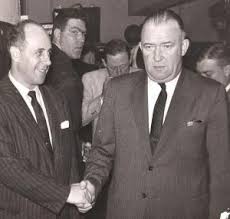 Once quite early on in Red Auerbach’s tenure running the Boston Celtics, the coach was asked by his “frugal” owner, Walter Brown, why he kept ten men on the roster while really using only eight of them. Young Arnold shared with the Boss his vision of a winning team comprised of role-players doing what they do best, be it knocking down a game-winning shot – or a too-feisty foe.

The commission of an “intentional” foul – often delivered by a player sent into the game for just that purpose, then immediately subbed out – sending an opponent to the foul line for ONE measly attempt? The simple-metrics of the ‘50’s, ‘60’s and ‘70’s deemed such a ploy to be sound strategy.

It also makes sense to keep those strategic “take fouls” off the stat-line of your big-minute guys, whenever possible.

The NBA made this “1 < 2” strategizing a moot point by replacing one-shot common fouls with a simple side-out … around the same time they were adopting the three-point field goal, ironically.

Now in today’s game, we have a “3 > 2” philosophy justifying a certain team – for two consecutive seasons, now – attempting more treys than deuces over 82 games …

… as well as the “2 < 3” defensive reasoning that justifies conceding with an intentional foul two free-throw attempts while protecting a three-point lead in the close-out of a game. 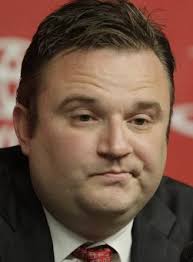 The Morey-D’Antoni Mad Three-point Bombardiers from South Texas scored 3,969 of their 9,341 total points for the 2018-19 season from behind the three-point arc, an astounding 42.5 percent of their overall scoring.

The scoring of this season’s average NBA squad included 2,796 points from Three-point Land out of 9,119 points in all – 30.7 percent of all scoring league-wide. In other words, for every 100 NBA points that got scored, on average, there were ten successful treys – not to mention about another 18 that were off-target.

Unsurprisingly – and for the tenth consecutive season – this rate for triple scores represents an all-time high.

Take a glance at league-wide scoring for the last ten years, comparing 3-point production with the percentage of points scored from the free-throw stripe:

Notice that point production from the ARC and from the charity stripe were virtually equal in 2009-10 -- and now Horatio's proportion is virtually "Two-to-One."

Three-point scoring had never out-paced free-throw scoring until the 2007-08 Boston Celtic championship season, coincidentally. It took 33 years for the 3FG rate to reach 20 percent, a mere seven to ascend to the next rung of that ladder.

Like free-throw shooting percentage, free-throw scoring percentage has historically been the most stable of stats. In the 1973-74 Boston Celtic championship season, foul shots accounted for 18.5 percent of NBA scoring. FT scoring percentage would not dip that low again for 37 years – on the flip side, production from the charity stripe would never exceed the 21.1 percent posted in 1986-87 during that same span.

So, for roughly four decades, foul shots were consistently accounting for roughly one of every five NBA points.

But, as recent data suggests, the NBA’s glut of long-distance shooting may well be starting to chip away even at this long-standing benchmark of the sport. The only seismic shift in FT scoring percentage in the league’s history had been induced by the introduction of the 24-second shot, the rate falling from about 29% to 23% through the late ‘50’s.

Are we witnessing the NBA undergo another such foundational change in playing style?