Boston Celtics lottery pick stops in at the Hall of Fame 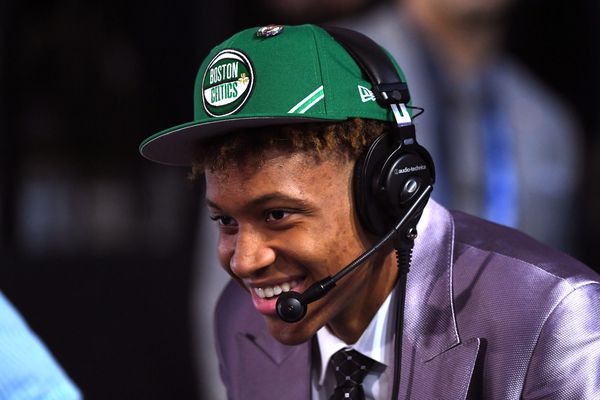 As part of Romeo Langford’s summer tour, he stopped in for an interview at the Naismith Basketball Hall of Fame in Springfield, MA as part of their 60 Days of Summer program. After being drafted #14 by the Boston Celtics in the 2019 NBA Draft, he has flown under the radar a bit so far.

Other Celtics rookies have received more publicity this summer even though Romeo was their first selection. Grant Williams, Tacko Fall, Carsen Edwards and even Tremont Waters have garnered more headlines than Langford. He sat out the Las Vegas Summer League as he rehabbed his thumb coming off surgery after his collegiate season.

My impression of Langford is that he likes his low-key status. His personality off the court is a lot like his game on the court - calm and smooth. He took a handful of questions from an interviewer at this small event, and here are some of the takeaways:

It’s always interesting hearing a players perspective on things, even though nothing earth shattering was discussed during this easy interview.

It will be interesting to see Langford during the Celtics' preseason after not playing a game with a healthy thumb since the beginning of his freshman year at Indiana. Due to all the guard and wing depth on the current roster, the Celtics can take time in developing him. This may be helpful and bode well for his career, as he has been working on a new shot.

Let’s hope Danny Ainge has found a diamond-in-the-rough in this former prep star.