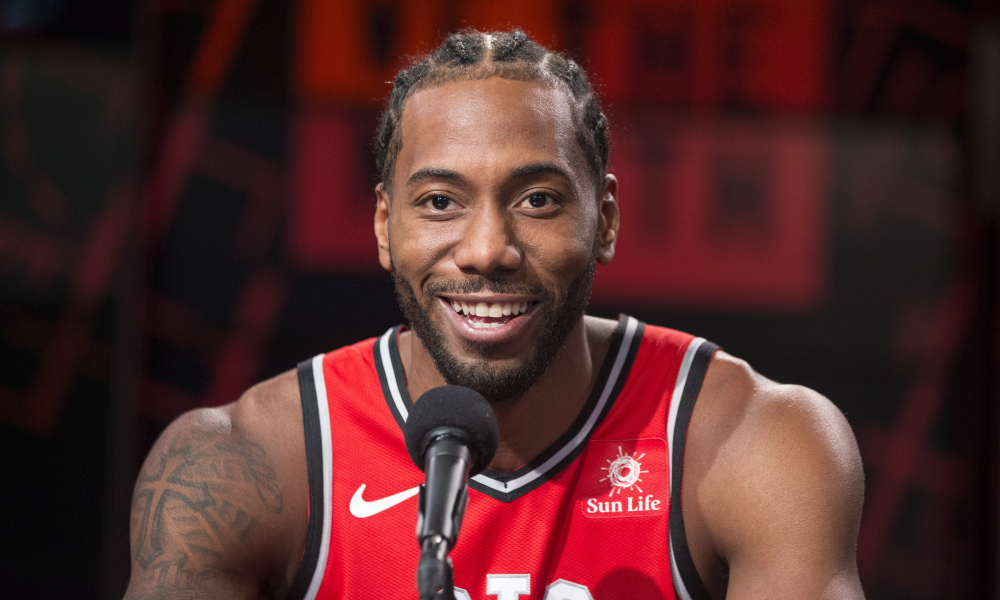 This summer free agency period has been like no other. The NBA opened up free agency 6 hours earlier at 6pm EST on June 30th and by midnight a majority of free agents had already signed (agreed to sign I suppose is the technical version) including the Celtics and Kemba Walker. Most of the rest of the free agents reached their agreements on the first full day of free agency including Enes Kanter and the Celtics.

July 2nd was for teams filling out their roster. This typically takes place later in July or August, but this free agency has been like NBA2K with simulation mode maxed to 100. The Celtics brought back Daniel Theis, Brad Wanamaker, and added a French center. I believe his name is Sidney Poitier or something.

Today there is barely any free agents left... well except for the biggest of them all Kawhi Leonard. So less than three days into free agency the only major story left until training camp is where will Kawhi sign? And it's a blockbuster of a story.

Option 1: Kawhi Leonard re-signs with Tornonto
Reaction: All of Canada rejoices. All of the United States (except souther California) and every other country rejoices. The 2020 NBA championship is open to at least a dozen teams. NBA is Fantastic. This season is going to be the best ever. Poor Clippers for putting all their eggs in the Kawhi basket. Your obsession with Kawhi was a bit stalkerish and creepy. Haha Lakers. Haha LeBron. Suck it Pelinka. Suck it Lakers. This season is going to be great.

Option 2: Kawhi Leonard to leave Toronto, agrees to sign with the L.A. Clippers
Reaction: I feel bad for Toronto and it's fans, but at least it's not the Lakers. Clippers are immediately a contender. All of the United States (except Laker fans) rejoice. The 2020 NBA championship is open to at least a dozen teams. NBA is Fantastic. This season is going to be the best ever. Haha Lakers. Haha LeBron. Suck it Pelinka. Suck it Lakers. Hey Knicks and Lakers, ya'll struck out. This season is going to be great.

Option 3: Kawhi Leonard to form super team in L.A. with LeBron James and Anthony Davis on the Lakers
Reaction: The nuclear option. I feel bad for Toronto and it's fans. The whole world (minus Lakers fans) is pissed. We just had a super team for 3 years. Man this sucks. Three of the top 5 or top 7 players all on one team. Am I even going to watch the NBA anymore? The NBA sucks. NBA needs to step in. (Celtics angle) And now the Lakers are going to blow the Celtics out of the water in championships. Even when LeBron retires, they'll just add another superstar like Giannis to add to Kawhi and AD. RIP NBA.

(And then the heads in the sand crew) Good luck winning a championship with just 3 players. Where's your bench? Hey there's only one ball! The Warriors didn't win with 4 superstars. Blah blah. (Reality: People said the same things about one ball and depth about the Celtics Big 3 of Pierce, KG, and Ray and again with the Heat's and they won titles. Lakers would fill up their roster with a bunch of ring chasers. They'd get all the top buyout players like Iggy. Warriors may have won this past championship if just one superstar went down. Name any tema in the league that can withstand losing two superstars. You think the Raptors would have won without their best player?)

Ok I think I got all three options covered. And phew was worried Kawhi would make his announcement before I finished this. Option 1 or Option 2 please.