Last night Boston Celtics guard Marcus Smart acknowledged all of the Photoshopped images of him on Twitter and proposed a contest that Weird Celtics Twitter met and exceeded. In return for original work, Smart offered free autographed gear to the tweet that got the most likes and retweets. 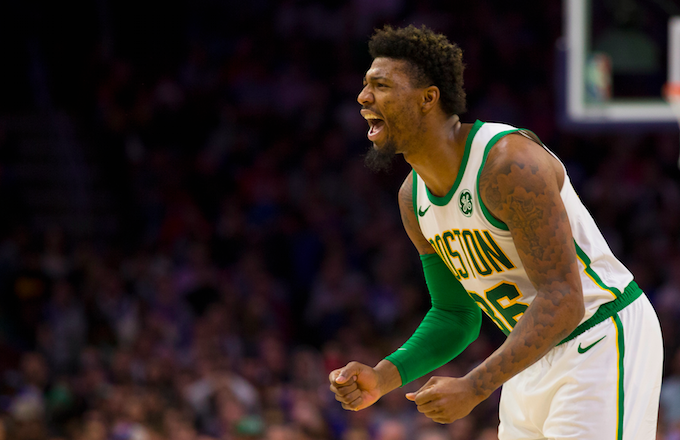 Smart's tweet was met by over 250 submissions and some of the most liked so far are as follows:

As you can see Twitter user "SteveMerkle9" had loads of content ready to go. He is a WCT mainstay and has a very good shot at winning thus far.

Other accounts also threw some heat into the fire as well with these submissions:


you leading a guerilla unit to overthrow oppressive governments pic.twitter.com/vayFLpmwBS

Not a pic, but enjoy, king https://t.co/forWKrLklU

I love this contest, the fan engagement with Smart will only fuel the fanbase's love for the 6-foot-3 firecracker. There will hopefully be more to come between these two parties going forward.