In the end, Al Horford's departure came down to money - and maybe a bit more


Losing Al Horford to the 76'ers hurts - a lot. Even having him going to the Lakers would have been preferable, at least for me. But it's done. It seems that both Boston and Philly made offers for a 4-year deal, but the 76'ers put more money on the table, and that ended Al's tenure with the Celtics. 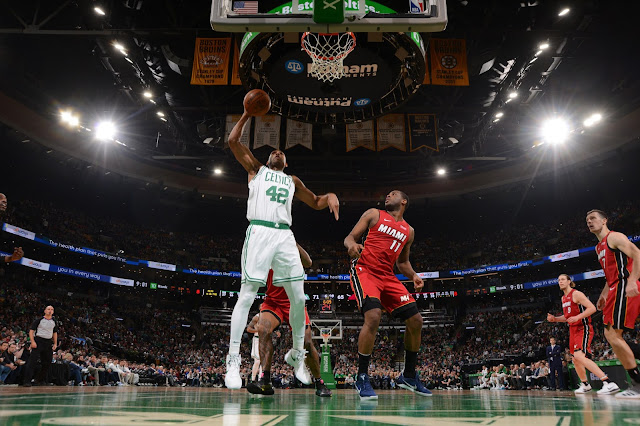 The full package that hooked Horford was for a total of $109 million over four years, with $97 million guaranteed (per CelticsWire's Justin Quinn):

Horford, who joined Boston in 2016 after the Atlanta Hawks didn’t open up their wallets up by just $6 million dollars, ultimately left the Celtics for the same reason, instead choosing to ink a new deal with the Philadelphia 76ers for four years and $109 million.

Despite eleventh-hour overtures by the team upon working a sign-and-trade involving Terry Rozier heading to the Charlotte Hornets in order to facilitate taking on star point guard Kemba Walker, Boston’s beloved big man had little interest in cutting the team a discount.

According to ESPN’s Adrian Wojnarowski, Philly’s deal — while not fully guaranteed — offered a base of $97 million with up to $12 million in championship bonuses.

There is no question that Al is worth close to $25 million per season, but I always felt that a more-realistic figure for the benefit of the team would be in the range of $18-20 million per season. So apparently did Danny Ainge, and thus the departure of Al Horford. The Philadelphia press had some ideas on the new faces and lineup changes in store for the 76'ers (per the Inquirer's David Murphy):

They (76-ers) will have a five man playing the four, a four man playing the three, a three playing the two, and a point guard who can guard one through four. Their starting lineup will go 6-foot-10, 6-foot-7, 6-foot-9, 6-foot-10, 7-foot-plus. They will spend all 48 minutes of most games with a top-10 rim protector on the court

Brand’s new starting lineup will feature Ben Simmons at the one, Richardson at the two, and Horford and Embiid at the four and five. Tobias Harris, who signed a five-year, $180 million deal, will play the three.

Kyrie in Brooklyn? Celtics fans had braced themselves for that. Al Horford in Philly? That’s harder to, ahem, process.

Will this all work for Philly? Who knows! They have size and talent, but that combo doesn't always snag a Title. I, for one, am sad to see Horford go. A class act, and a team player. But there must have been times when Al felt he was the ONLY team player. I have experienced that, and it is unbearable.

The positive factor here is that it is rather a fresh start for the Celtics. It will allow others to step up and prove what they can accomplish. The Celtics still need at least one big man, and they need a true leader on the court. Leaders aren't appointed - they emerge. It will be interesting to see who that will be.