How will the Boston Celtics fair without Kyrie next season?


Last season the Boston Celtics were a combined 12-3 when Kyrie Irving did not play, which has not really been talked about much this off-season to this point. Over the course of an 82 game season, that would be approximately 66 wins had they played at the same pace with the same lineup. 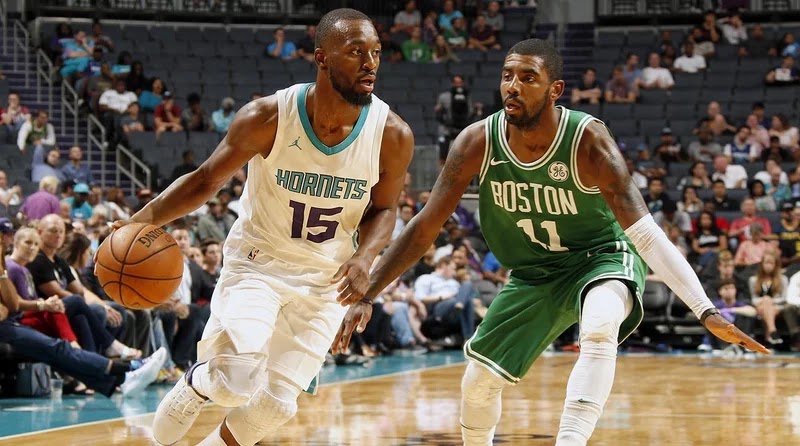 Next season, however, they are without Al Horford as well. In the games that Kyrie missed, Horford did not play in four of them and the Celtics won three of those games. In the games Horford played while Kyrie did not, he averaged 13.6 points which also happened to be his season average scored per game.

That being said what are the Celtics losing in Kyrie? They are losing a player who has scored 22 points per game in his 8-year career, who provided just under seven assists a game last season and can hit 3-pointers at a 40 percent clip.

Who are they getting in Kemba Walker? The best pick-and-roll guard in the NBA, a player who scored roughly 26 points per game last season and a player who does not miss games as he has played in 79 or more games in his last four seasons.

The improvement in the pick-and-roll game will be significant as Walker scores more than five more points per game than Kyrie did last year in that play-type.

The addition of Walker, Kanter and Vincent Poirer should increase the offensive capabilities of this team, but their largest question to this point remains their defense.