The Boston Celtics principal owner, Wyc Grousbeck, took to WEEI to discuss the Celtics. He made comments on new addition Kemba Walker and an apparent text he received from former player Kyrie Irving. 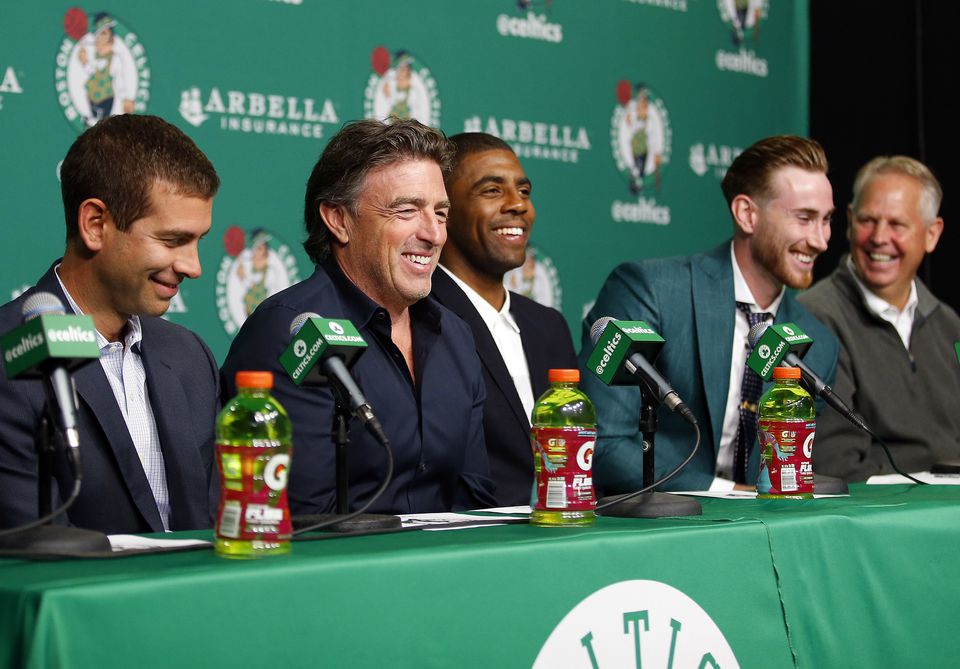 Grousbeck was complimentary of Irving after a recent text message exchange with the former Celtics point guard. It seems as though the Celtics have officially moved on from the trivial ball-handler.

Celtics owner Wyc Grousbeck on WEEI: “[Kyrie] just sent me a text the other day, out of the blue, and it was a really thoughtful and nice text, lengthy text … We had a nice back and forth. … He’s a good guy, he tried hard, he gave us two years, and we’re going to move forward."

Grousbeck has even nicer things to say about Walker:

Wyc Grousbeck on WEEI: "Kemba is a phenomenal player … a great person with a glow, an aura of positivity. He’s super excited to be here. He chose us. … He wanted to talk about the banners and the ring, what they look like and how it feels to be a Celtic. He’s super excited."

The Celtics are now Walker's team, he is their leader and the ball will spend a majority of time in his hands. Now we will see if he can deliver on those talks. The Celtics have a tough road ahead of them to get to the NBA Finals again.

They need a better locker room culture, they need to figure out how to defend despite not having an overwhelming defensive capability on paper, and they need to demonstrate an inner fire. Kemba Walker looks like he is well on his way to bringing some of that to Boston.